The publication 'Manchester City Battalions Book of Honour' was published in 1916 to mark the formation of the 90th and 91st Brigades of the Manchester Regiment which comprised the 16th to 23rd Battalions. The first part of the book consisted of platoon lists and photographs and the second part of Rolls of Honour compiled by companies and institutions. The Rolls of Honour list men who have enlisted in the Army and Royal Navy and mostly relate to companies in and around Manchester. There is a significant number from Yorkshire, however, as well as a few from Cheshire and Derbyshire. Some 724 companies and institutions are included, one of which is Richard Johnson and Nephew Ltd. which lists their workers from Manchester and Ambergate. 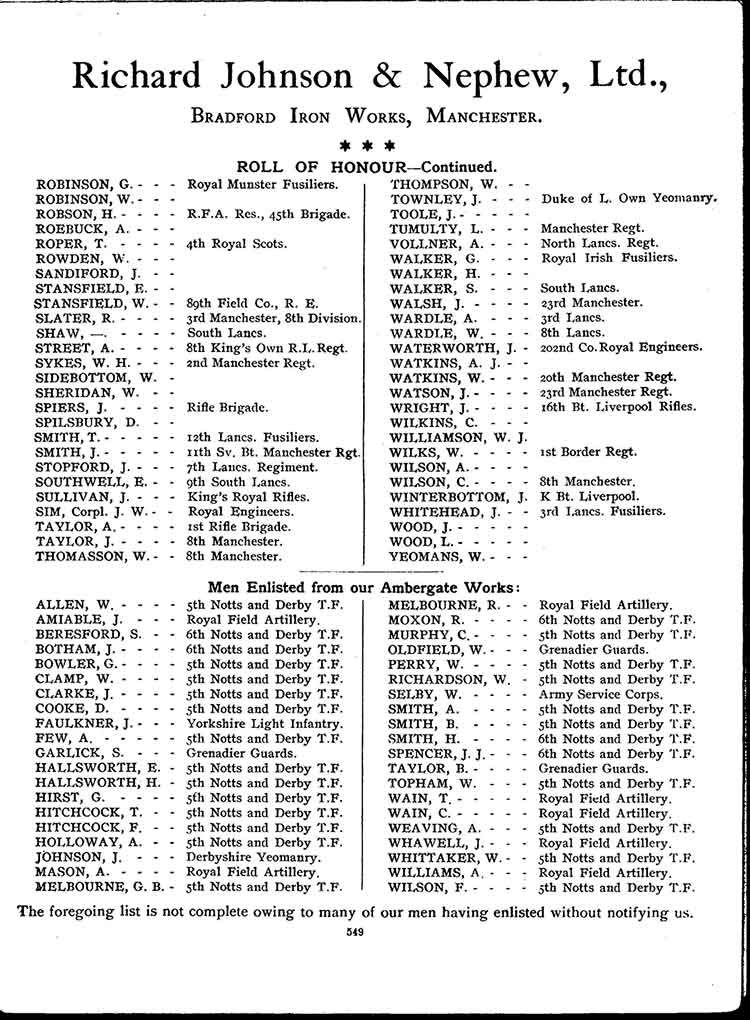