At Christmas 1914 Princess Mary organised decorative brass tins to be sent to members of the British, Colonial and Indian Armed Forces. Over 426,000 of these tins were distributed to those serving on Christmas Day 1914. The tins were filled with various items including tobacco, confectionary, spices, pencils, a Christmas card and a picture of the princess. Princess Mary was the 17-year-old daughter of King George V.

Advertisements had been placed in the British press seeking donations for the "Soldiers and Sailors Christmas fund" and £152,691 was soon raised. This funding was used to manufacture small boxes made of silver for officers and brass for other ranks. By Christmas 1914 400,000 tins had been delivered and over the course of the war this rose to approximately 2.5 million. 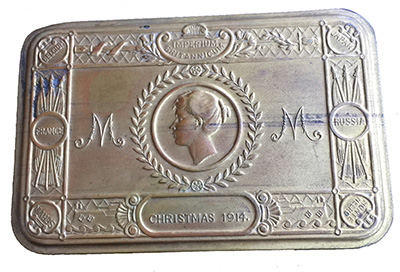 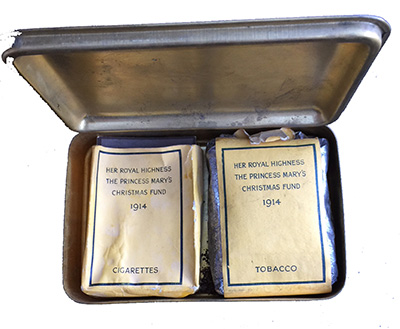 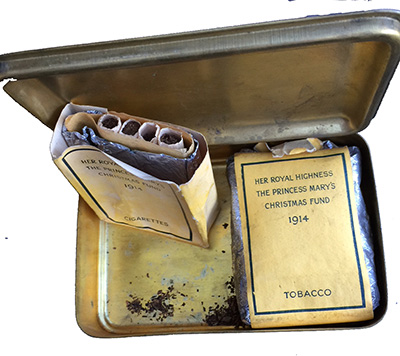 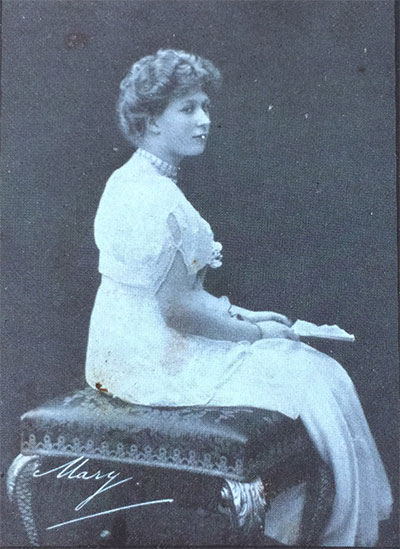 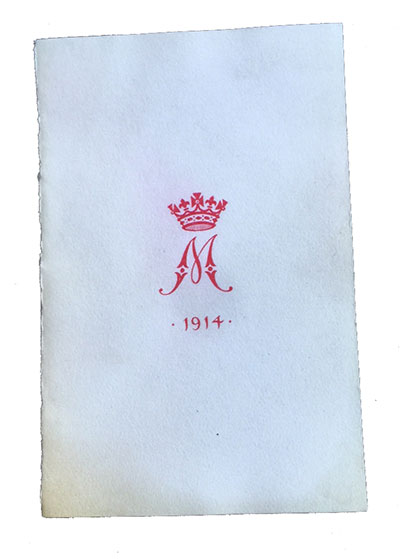 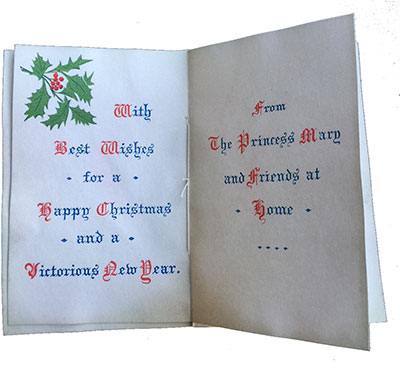 Brewing tea was important ritual by the soldiers. They received tins of "instant" tea with instructions. 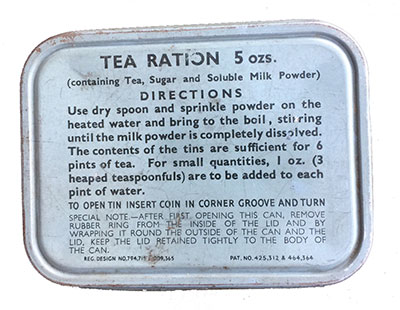