Some of the workers who went to war

Lea Mills produced a set of three postcards showing eighty-five men from the factory who went as volunteers during WW1. Some of these men were from Crich. Sadly non of them were named.

After much research the men now have names. However, four of the names have been identified by "likelihood" rather than through strong evidence. These names have question marks.

The images below show the original postcards with appended names.

The postcards were provided by Elizabeth Griffiths and Ruby Gould 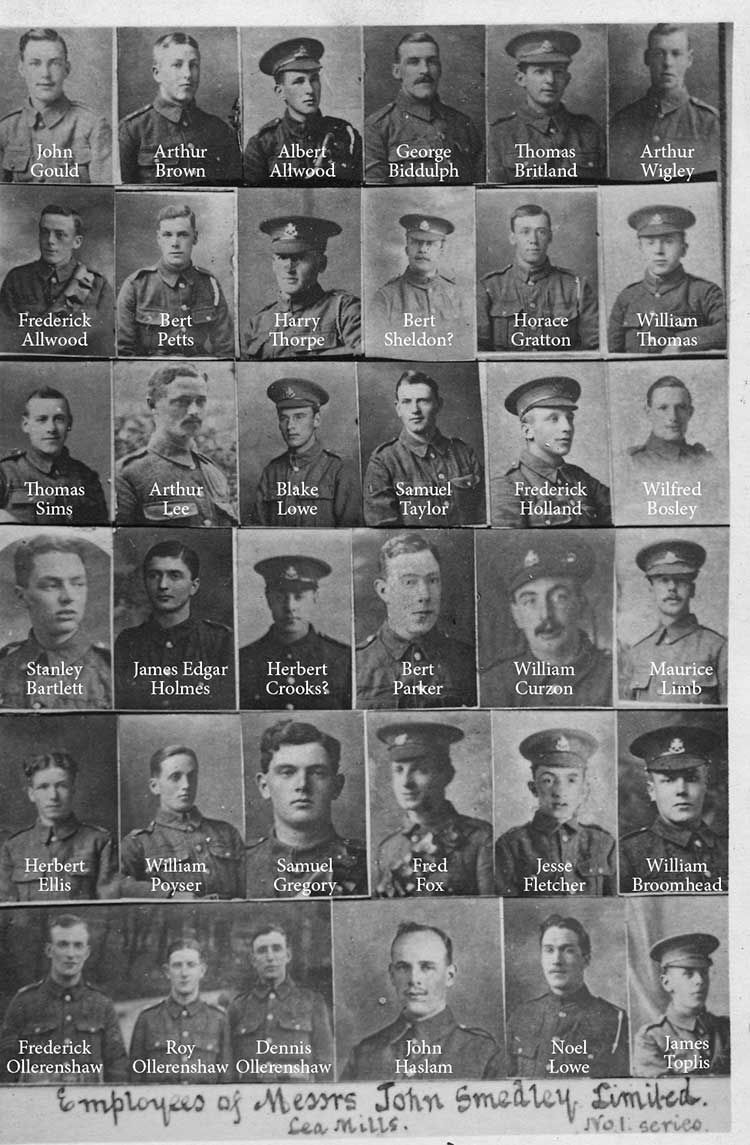 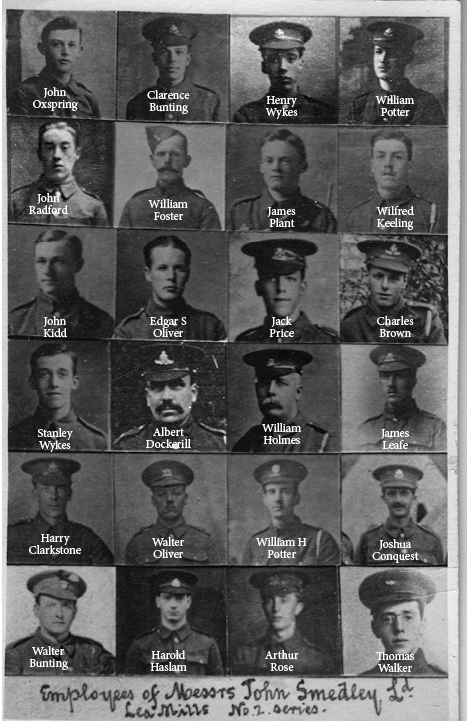 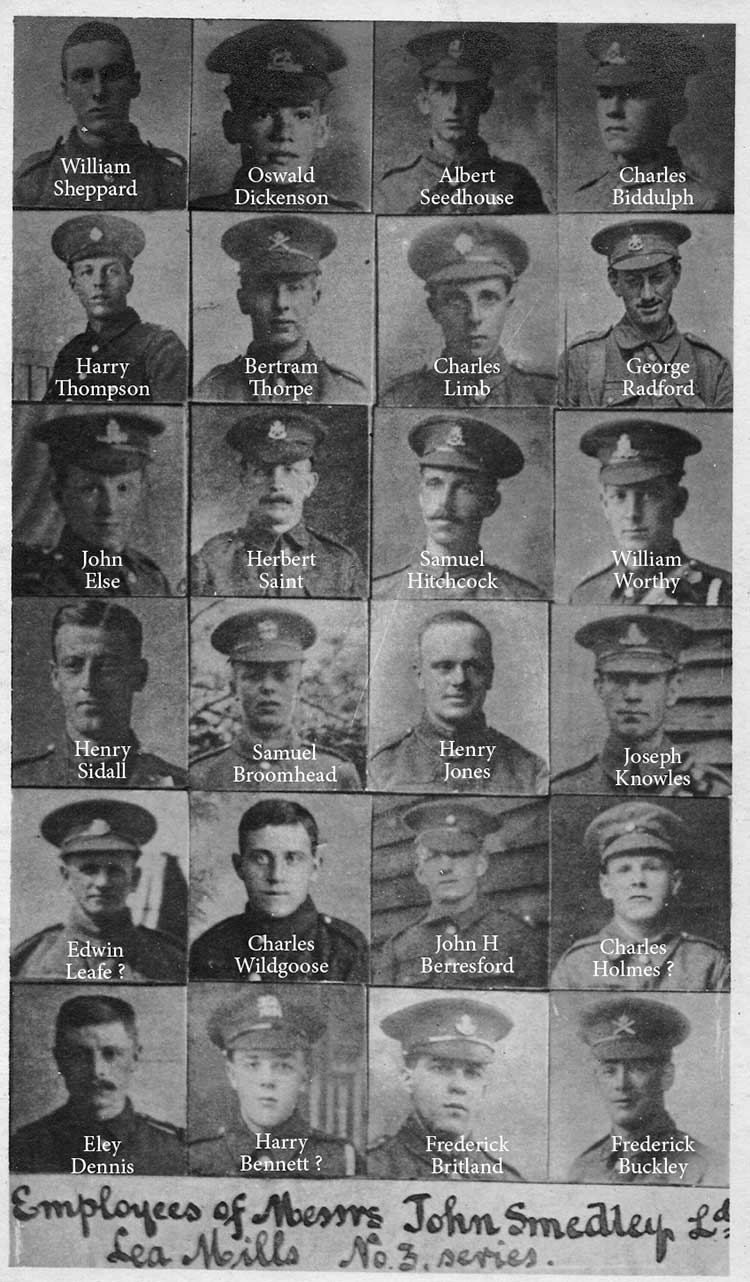