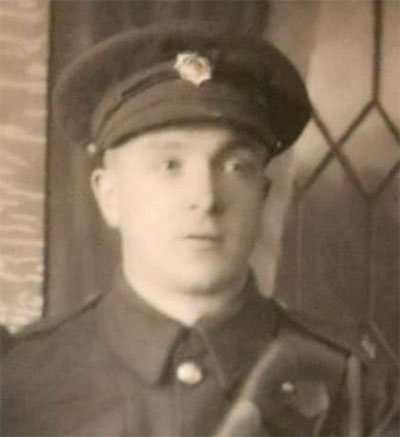 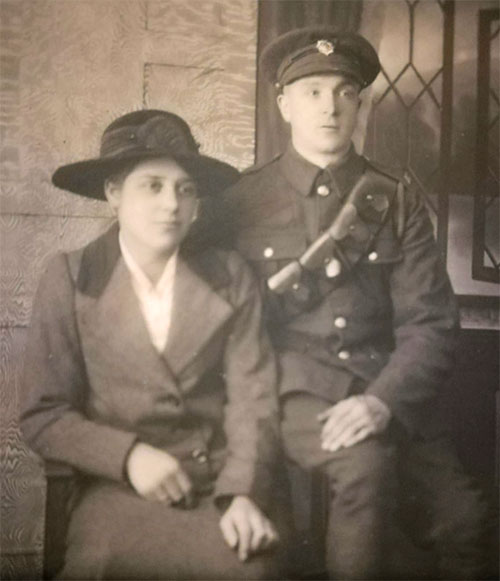 Biography
Born and raised on Bracken Lane, Holloway (then within the parish of Crich), Ernest later moved to Ripley and then to Alfreton. He married Rose Mackley on 21 July 1914 at Belper, enlisted in 1915 and was mobilised in 1916. He didn’t serve abroad and was discharged on medical grounds only a few weeks after mobilisation. He later settled at Alfreton and spent time working at a local gas works.

Tried to transfer to Royal Engineers on 5/6/1916 but he was not required. [Steve Morse]

Army Record
Ernest attested on 10 December 1915 and was with the Army Reserve until mobilized on 13 June 1916 aged 28 years and 6 months, a married carter living at Alfreton. He was 5ft 6in tall with grey eyes and auburn hair weighing 134lb. He had married Rose Mackley on 21 July 1914 at Belper. His record states that he was born in the parish of Crich.
He was discharged on medical grounds on 29 June 1916 .