This memorial is situated in Wingfield Park, just off Lynam Lane.

These men lived on the borders of Crich Parish at Bullbridge, Sawmills and Wingfield Park. They often had connections to the Parish. 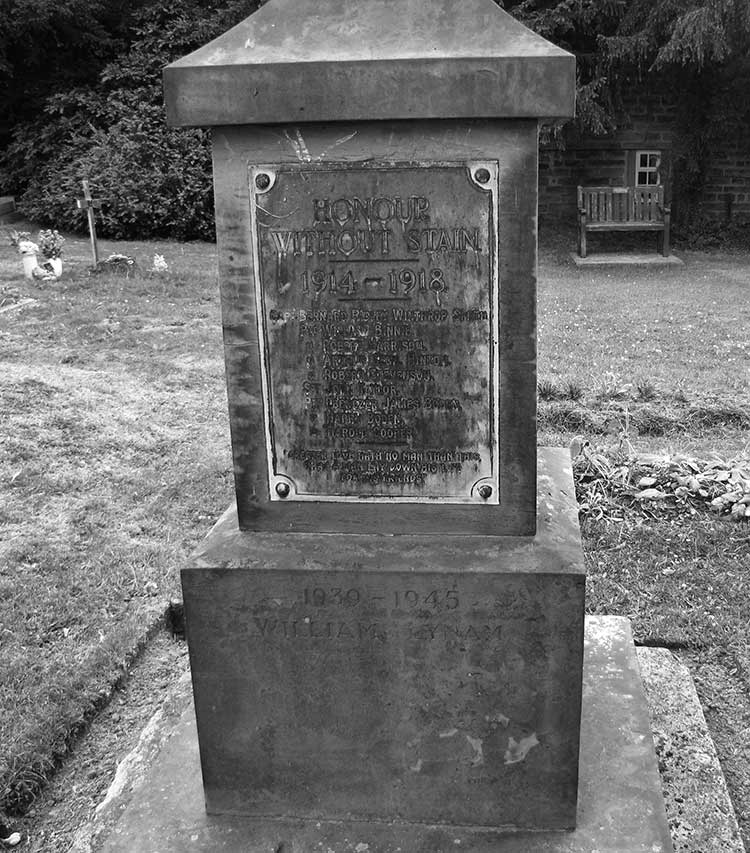 Derby Daily Telegraph
19 March 1923
WINGFIELD WAR MEMORIAL
The unveiling and dedication of the Wingfield Park War Memorial took place on Sunday afternoon in delightful weather. The pretty little cemetery, surrounded by tall poplars nestling in the centre of the valley, was crowded with residents and visitors from Crich, Fritchley, Pentrich, Oakerthorpe, South Wingfield and Wessington. A procession was formed near the mill, headed by Crich United Silver Prize Band, in full uniform, and a number of local ex-servicemen took part in the procession. The impressive service opened with the hymn, "O God our help in ages past," followed by a lesson and prayer. Then followed the address and unveiling by Colonel Miles Trustram of South Wingfield Hall, the owner of the historic Wingfield Manor ruins. The Rev James Williams, vicar of Wessington (who was a chaplain in the overseas during the Great War) dedicated the memorial, after which the hymn "Abide with me" was sung, which, with the Benediction, the Last Post, the Reveille, and National Anthem concluded a touching ceremony, which will long be remembered by the residents of the 25 houses and farm which comprised the hamlet of Wingfield Park.

The Crich Silver Band led the singing, which included a refrain played by a section of the band on the top of the hill. The conductor, Mr S.Hollingsworth, sounded the last Post and Reveille.