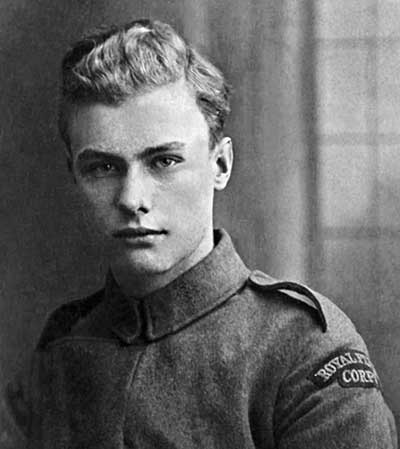 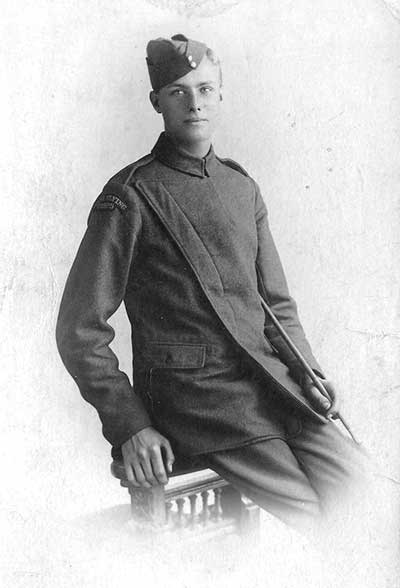 Biography
Courtesy Roy Harrison
James William Walters – known as Jim – was born at Crich on 2 December 1898. He was the oldest of the three children of Charles Barber Walters and Rose Hannah Bowmer, with a brother and sister. Prior to the war Jim was employed as a coach builder in the Crich area. 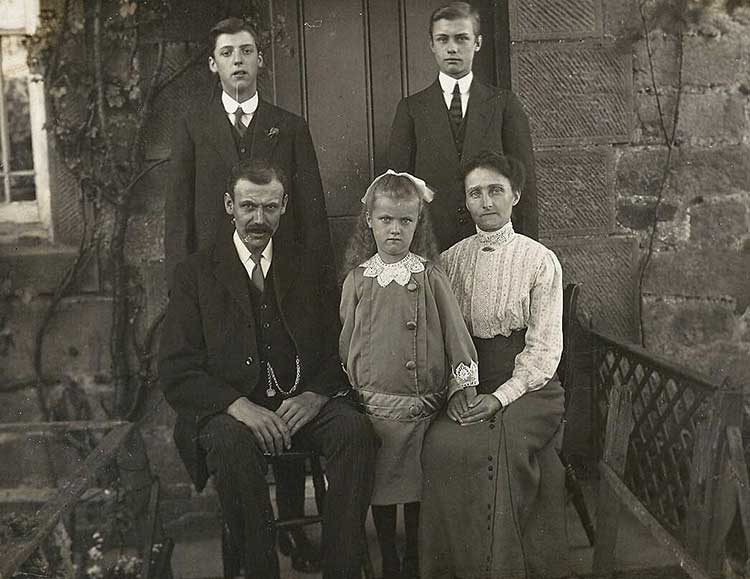 During the war, Jim enlisted for service with the Royal Flying Corps on 14 February 1917, prior to transferring to the Royal Air Force on its formation on 1 April 1918. Jim served with the rank of Air Mechanic 3rd Class, though this rank was reclassified to the RAF rank of Aircraftman 2nd Class on 1 January 1919. 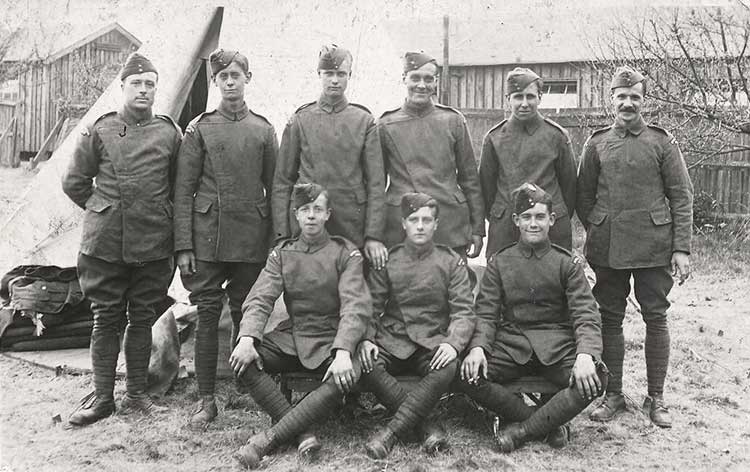 Jim was transferred to the RAF Reserve in November 1919 and returned to Crich. He married Elsie May Searles in 1924 and they had two children, a boy and a girl. The family then relocated to York. During the Second World War, Jim was employed by the aircraft manufacturers Handley Page, who had established a repair depot in 1941 at York Aerodrome at Clifton Moor. The depot overhauled, repaired and test flew Halifax bombers for the duration of the war. He was later employed as a coach builder at the railway carriage works in York.