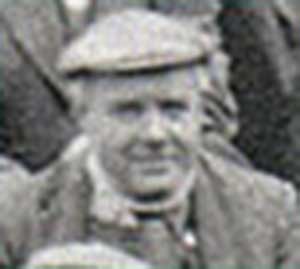 Biography
John was born in 1896 and he attested in January 1917 aged nineteen an unmarried farm labourer. February 1917 found him in Salonika where he served until 1919. He did not correspond with his family which led his parents to contact the Army to ask for information. This correspondence is in his Army Record.

John Arthur Taylor (1896-1970) never married and had no children. At one time he worked as a quarryman in Crich. 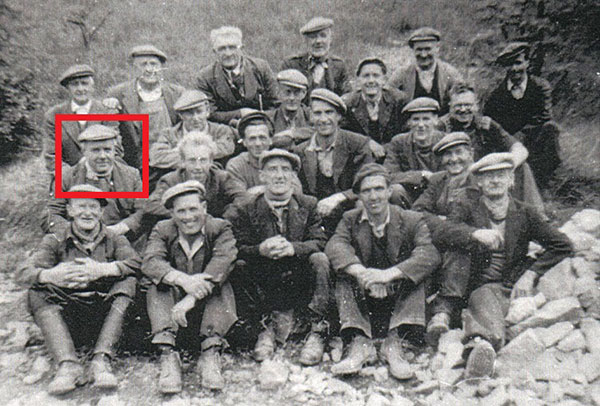 He spent his later years at St Oswald's Hospital at Ashbourne 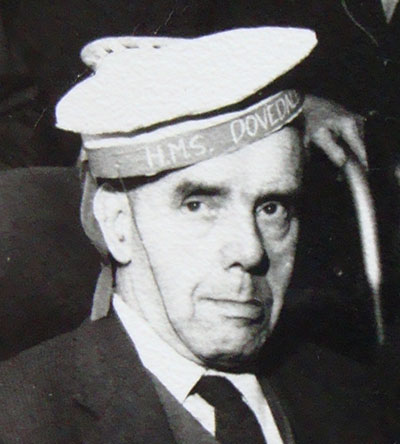 John Arthur Taylor with home-made HMS Dovedale cap.
He was at a party in St Oswald's Hospital, Ashbourne, late 1960s.

{unclear text} heard of the whereabouts of my son the above named, since September last, so I have become most anxious as to his whereabouts and trusting no ill has befallen him.
I shall be most grateful to you if you would have enquiries made at your earliest convenience
Yours anticipation
{unclear text}

9 ? 1918
In reply to your enquiry No 3/8813/? with reference to the attached No 24525 Taylor J. A. RAVC is at present serving with the Veterinary Section, is quite well and has been requested to write to his father .
A. Brock Major 3rd Echelon, British Salonika Force

15 January 1919
Please pass attached letter to O.C. Unit in which the above mentioned soldier is serving in order that he may be interviewd with a view to communicating with his father, PA Bosher Capt, R.A.V.C Records

9 July 1919
Not having heard from my son Pte J.A. Taylor 24525 ? Vetenary section ? Division Salonica Forces Salonica for about eight weeks I am anxious as to his whereabouts. The last letter he stated that he was expecting coming home on leave as we have never seen him in kharki at all, and as he has been gone going on for three years we begin to think it due time we heard from him. So you may greatly oblige me by letting me know at your earliest convenience. I remain, Yours truly Mrs J. Taylor

22 July 1919
Madam, I beg to acknowledge receipt of your letter dated 9th July in reply have to inform you that according to information in this office No 24525 Pte J A Taylor is still serving in Salonica.
A letter addressed as follows will be duly forwarded No 24525 Pte J. A. Taylor, c/o O i/c RAVC Base Records, Army of the Black Sea

John Arthur Taylor's brother Frederick Taylor is also on the Roll of Honour.

William was John's brother.
[Note: John Arthur's birth was registered in Q1 of 1897, which suggests his date of birth to be 20 November 1896]