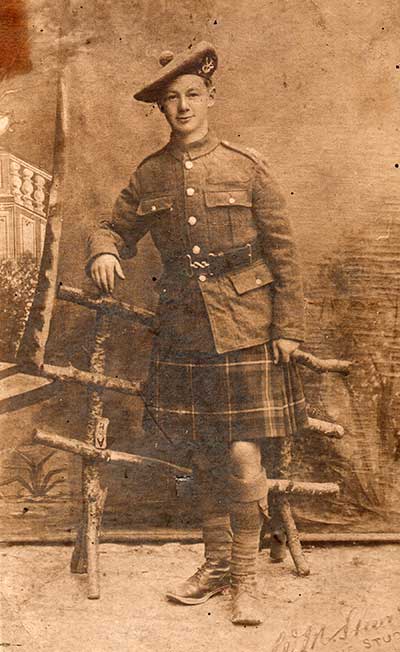 Biography
Percy was born at Kirkby in Ashfield 1 December 1898. He was the son of Malcolm and Eliza Stanley; the family lived at Fritchley. He served in France with the Seaforth Highlanders during late 1917 and transferred to the RFC. In late 1918 he was discharged with other local men to resume work as colliers. He married Florence Holmes in 1920 and in 1939 they were living on Folds Yard, Crich. Florence Holmes was sister to Charles Francis Holmes who was killed during the war.

The Courier 1 May 1920
At the Parish Church, Crich on Saturday, the wedding of Mr Percy Stanley, son of Mr Malcolm Stanley, the Hat Factory, Fritchley, to Miss Florence Holmes, daughter of Mr and Mrs William Holmes of Fold Yard, Crich, was quietly solemnised. The bride was given away by her brother Mr Samuel Holmes. The Rev RO Wilson (Vicar), officiated.

Percy Stanley's brother John Robert Stanley is also on the Roll of Honour.