Biography
Thomas was born in 1884. His father was George Smith, who in 1891, aged thirty-four, was a widower. Before he enlisted in the South Staffordshire Regiment Thomas worked as a limestone quarryman. He died of his wounds on 27th April 1918 and was buried at Haringhe (Bandaghem) Military Cemetery, near Ypres. Thomas was an older brother of Samuel Harris Smith, though they were raised apart

The original Crich Roll of Honour records him as having been awarded the Military Medal. No documentary evidence has been found of this award. Researchers at the South Staffordshire Regimental Archives have also failed to find any mention of the award. 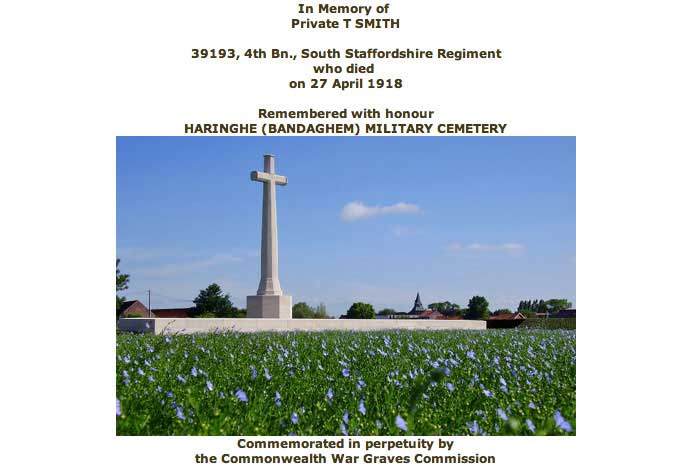