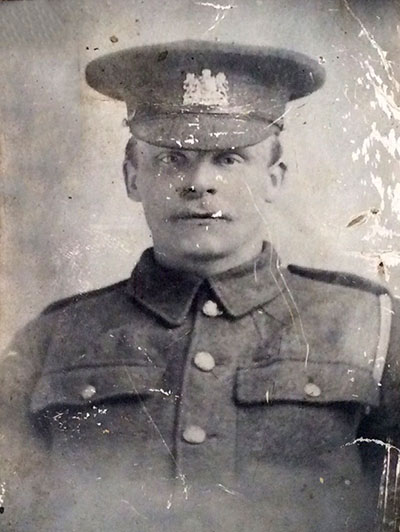 Biography
Samuel Smith was born at Crich in 1888, the third son of George Smith and Ann Smith (née Oliver). His mother passed away, aged 27, either shortly after Samuel's birth, or as a direct result of it. He was subsequently raised by his mother's sister and her husband, Elizabeth Harris (née Oliver) and Samuel Harris. As a result, he was not raised alongside his brothers at Crich and appears to have used the surname Harris during his youth and early adulthood. He evidently retained contact with his Crich family after moving away from the area.

Samuel lived with his aunt and uncle for several years at Codnor Park. In December 1904, he attested for service with the militia, serving with the 3rd Notts & Derby Regiment, using the name 'Samuel Harris'. In May 1905, he attested for service with the Manchester Regiment at Ashton-under-Lyne, Lancashire. During 1906, he served in South Africa for several months. In January 1907, he was discharged at his own request with a view to enlisting with the Royal Canadian Garrison Artillery, which doesn't appear to have happened.

By 1911, he was living with his aunt and uncle at Seaton Carew, near Hartlepool in County Durham, where both he and his uncle were employed at a zinc smelting works. Later that year he married, in Derbyshire, to a Crich girl named Florence Martha Mellors. They settled at Seaton Carew, where they had two daughters and a son. Samuel's father, George Smith, and his brother, John Oliver, also relocated to Seaton Carew around this time, though John later settled with his family at Crich.

At the outbreak of war, Samuel attested for service at Hartlepool in November 1914 and re-enlisted into the Manchester Regiment. He was appointed lance corporal and arrived in France in January 1916, though soon returned to his old employer at Seaton Carew to work in munitions. He was posted to the 3rd Manchester Regiment in April 1918 and returned to France. He was hospitalised for about a month in October 1918 and was demobilised from service in March 1919.

Shortly after his demobilisation, he re-enlisted into the Labour Corps in May 1919 and soon returned to France. In July 1919, he died from acute septic endocarditis at a casualty clearing station at Ruitz, France. He was interred at Houchin British Cemetery and his name was included on the war memorial at Seaton Carew. It is also thought that he is the 'Pte. Saml. H. Smith' listed on the WW1 'Roll of Honour' inside Crich Parish Church, and on the war memorial in the churchyard. His widow and three children returned to live at Crich. 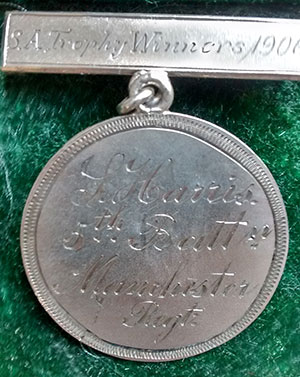 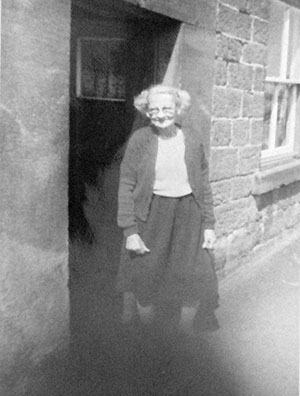 Samuel and Florence were married at Belper Register Office in 1911. They started their married life at Seaton Carew, Durham, but Florence returned to Crich with her children following Samuel's death in 1919. Two of Florence's brothers are listed on the WW1 Roll of Honour at Crich: John Mellors (1891-1917) and Walter Mellors (1895-1963). The surname is sometimes given as 'Mellows' rather than 'Mellors'. 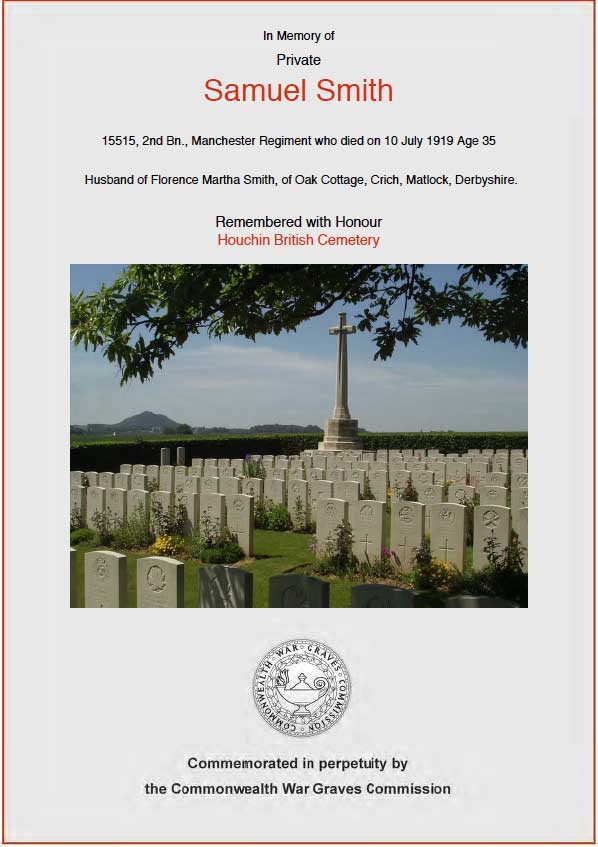 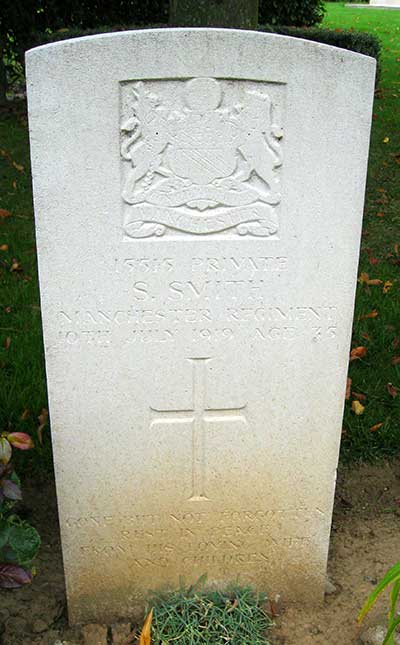 Golden Roll of Honour
Sometime after the end of the First World War, relatives of fallen soldiers received a letter and a 'Golden Roll of Honour' sent to them as a private fund-raising initiative of Captain Malcolm Cockerell who had served with the Army Service Corps in 1918 and on the Western Front from 8 September 1918. Cockerell was commissioned as a Temporary 2nd Lieutenant on 29 April 1918 into the Army Service Corps, and he appears to have continued to serve into the early 1920s, and was serving in February 1921 with a home address of Deauville Court, Clapham, London. The wording "For King and Country to the Glory of God and Everlasting Memory of" appears on each certificate which is then followed by a pasted-on cutting from the Imperial War Graves Commission Register detailing the individual soldier. 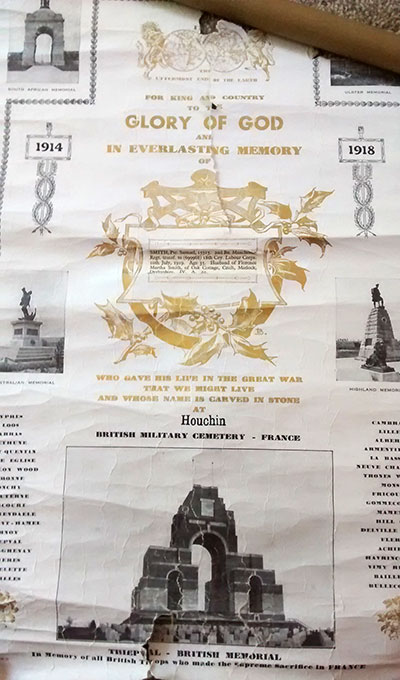 The 'Golden Roll of Honour' for Samuel Smith 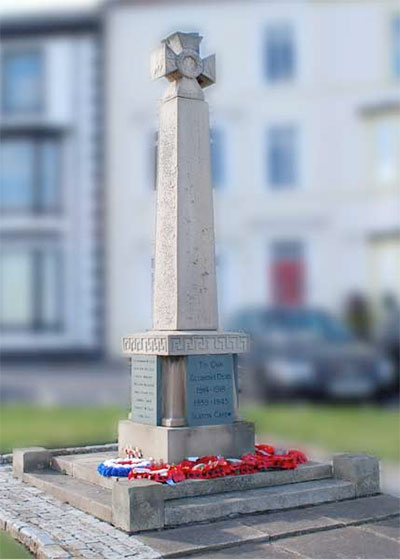 Samuel Smith is inscribed on the South panel

Samuel Harris Smith's brother Thomas Smith is also on the Roll of Honour.