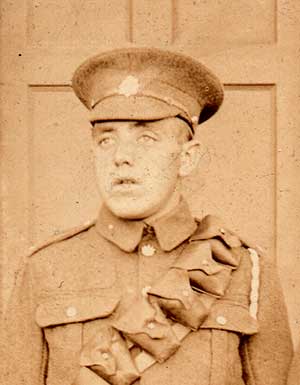 Biography
Born in Manchester during 1892, the son of James and Harriet Smith, he married Crich-born Florence Stocks in 1914. He worked as an underground coal-filler. While serving with the South Staffordshire Regiment he was wounded, and this was briefly reported in the Derby Daily Telegraph dated 12 June 1918.
His cap badge in the photograph looks like that of the Bedfordshire Regiment. 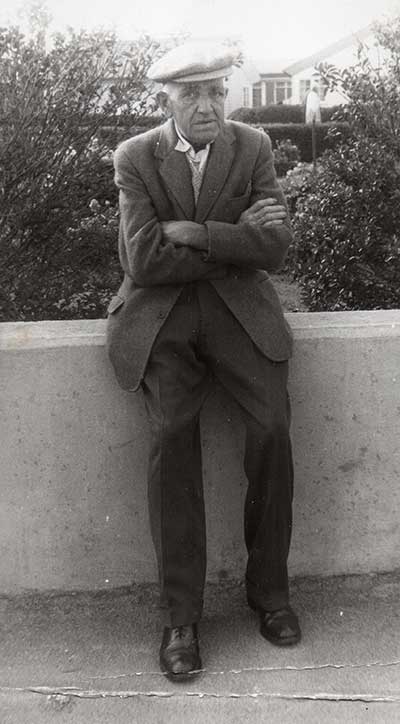 Certificate of demobilization and letter 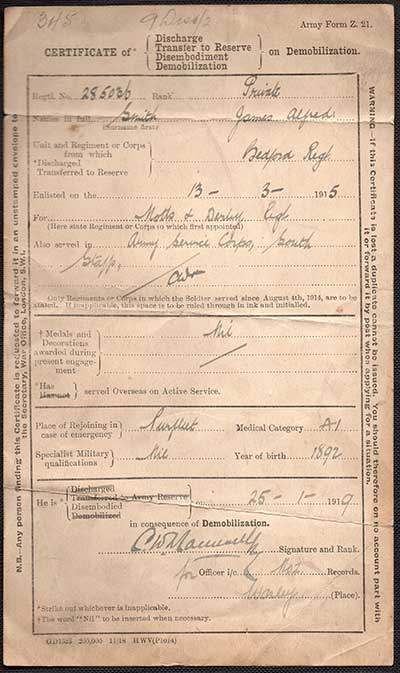 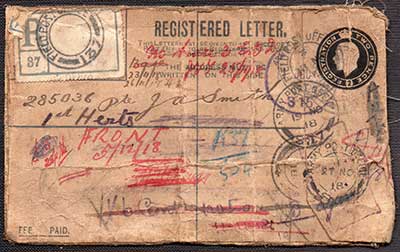 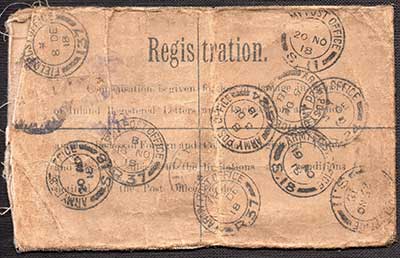