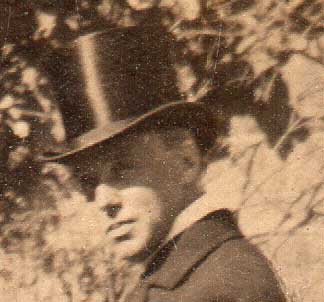 Notes: Simon Johnson
Frederick was born at Ratby, Leicestershire, in 1873. He married Sarah Ann CUPPLEDITCH 12 May 1894.
He enlisted at Manchester on 10 September 1914 aged 37 years and 11 months a stud groom living at Chase Cliffe, Whatstandwell. He was discharged with a Silver War Badge owing to ill health 3 March 1915. It appears that by the time Smith took receipt of his War Badge on 9 March 1917, his address was 'Humberstone Hall', near Leicester. 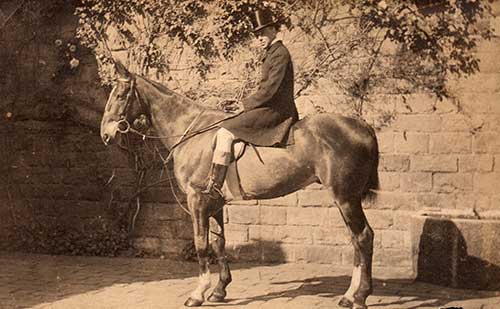 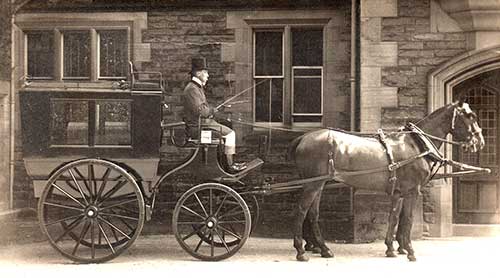 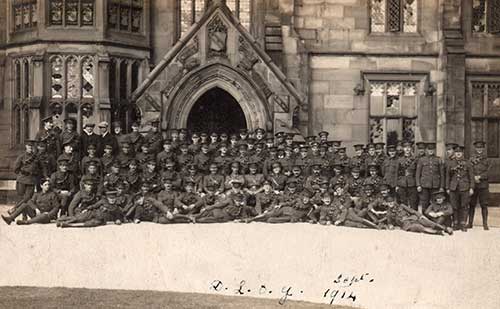 Frederick John Smith in the Duke of Lancaster's Own Yeomanry
September 1914 taken outside Scarisbrook Hall, near Southport

His lodger Alfred Hay is on the Roll of Honour.