Biography
George and his brother Thomas were the sons of William and Sarah Shipston (Shipstone). William was a Crich grocer who died in March 1877, aged forty-three, when his children were still very young.

Born in 1875, George worked as a wheelwright before enlisting into the South Staffordshire Regiment at Matlock. He was later transferred into the King’s Own Scottish Borderers and died in Flanders, of wounds received, on 17th October 1918 aged forty-two. He was buried at Duhallow A.D.S. Cemetery at Ypres.

He was awarded the Victory and British War Medals.

Ancestry Record
Formerly 28589 South Staffs Regt. Enlisted at Matlock. He died of his wounds on 17 October 1918 in Flanders.

Derbyshire Courier, 28 Oct 1918
Mr William Shipston, Crich, had a telegram from the Records Office on Wednesday informing him that his brother, Private George Shipston Kings Own Scottish Borderers, had died on 17 October at the 11th Casualty Clearing Station, France, from gunshot wounds in the abdomen. Private Shipston’s sister, Mrs C. Willmott, of near the church, had received a letter the day previously from Private Shipston’s friend, informing her that her brother was wounded on 16 October. Private Shipston who was in his 43rd year and single, joined up in March 1916. He went to France a year and seven months ago. 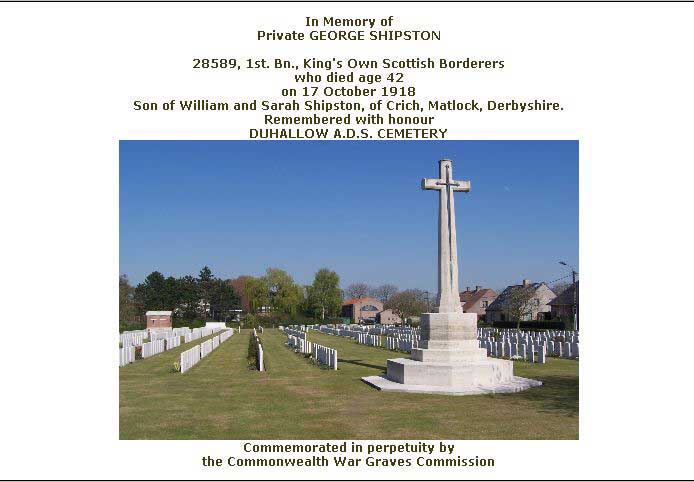 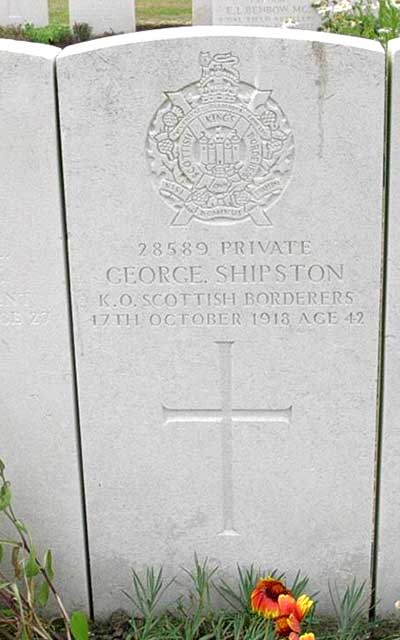 George is also remembered on his brothers' headstone in St Mary's churchyard. 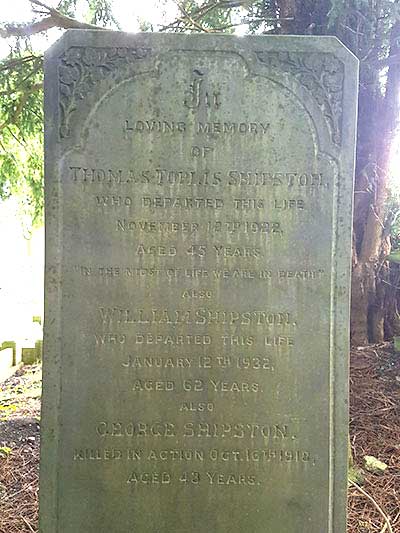 George Shipston's brother Thomas Shipston is also on the Roll of Honour.