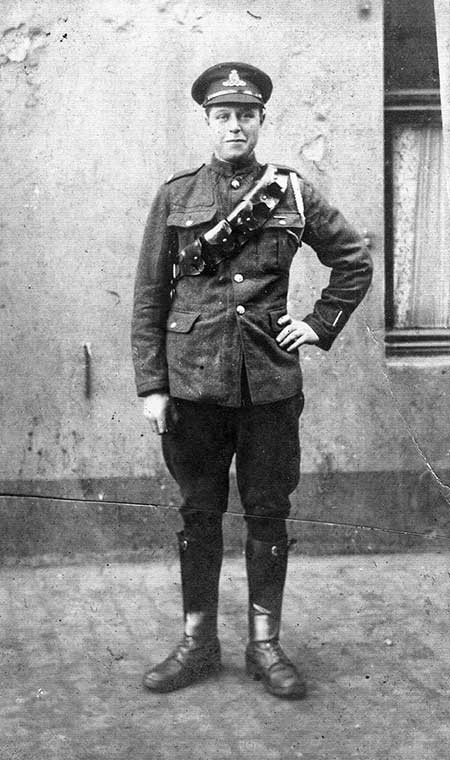 Biography
Victor James Seals, Alfred Seals and Curtis William Seals were born at Parwich in Derbyshire and were the seventh, eighth and ninth children, respectively, of John Seals and Annie Watson. In total, the family consisted of eight boys and two girls. The family moved to the Crich area in 1901, settling at Dethick where John Seals became the tenant farmer at Manor Farm. Prior to their military service during the war, all three of the Seals brothers listed on the Roll of Honour had worked on their father’s farm. During the war years John Seals passed on the farm at Dethick due to economic problems and lack of skilled labour, and moved to Church Farm at Crich. 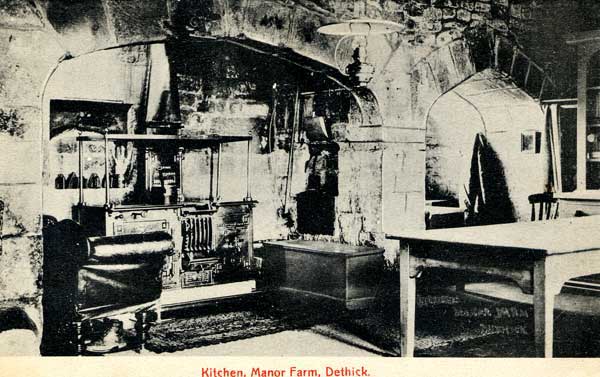 The Seal family home at Manor Farm in Dethick

Curtis William Seals was born in 1896. During the war Curtis and his brothers Victor and Alfred attested for service at Matlock in February 1916 and he was posted to the No. 1 Depot of the Royal Field Artillery in April with the rank of Gunner. Shortly thereafter he was posted to the 5th (B) Reserve Brigade. In October he was appointed as Sub Acting Bombardier in the 30th Reserve Battery, then to Acting Bombardier in May 1917. He was posted to France as part of the British Expeditionary Force on 30 May 1917 where he received a gunshot wound to his left arm. He was awarded the Victory Medal and British War Medal.

Curtis was demobilised quite late from military service, on 14 October 1919, and returned to his family at Crich. He married Grace Brocklehurst in 1931 and they had one son, also named Curtis.

Curtis William Seals passed away in Derbyshire on 8 December 1934, aged thirty-eight years. He was laid to rest in the churchyard of St Mary’s Church at Crich.

Derbyshire Courier, 15 September 1917
CRICH CASUALTIES
Mrs John Seals of Church Farm, Crich, had received a letter from a son Bombardier Curtis W.Seals, R F A written from the General Hospital, Le Treport, France on 3 September. in this he says: "as you will see by the address, I am at present in hospital. I have been wounded in the shoulder with shrapnel, this being on 30 August. I am pleased to say it is not serious, and they have taken the shrapnel out. We got a terrible knocking about, I came out lightly. I am going on well, and we have got some jolly good beds here." Bombardier Seals who is just 21, is the youngest of three brothers serving, Alf. being in France and Victor in Jamaica. Curtis crossed to France about three months ago.

Medal Index Card
He was awarded the Victory and British War Medals.

Curtis Seals' brothers Alfred Seals and Victor James Seals are also on the Roll of Honour.