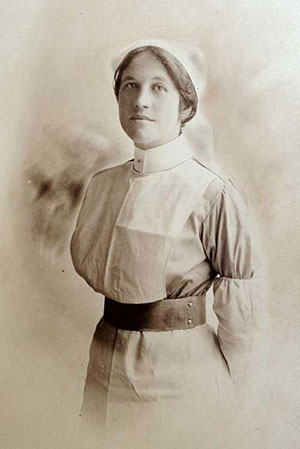 Biography
Elsie was born at Fritchley in 1889, the daughter of William and Alice Sayles. In 1911 she was a nurse at Smedley’s Hydro at Matlock. In 1917 she joined the Red Cross for war work. August 1917 found her working at Salonika in the Military Hospital as part of Queen Alexandra's Imperial Military Nursing Service (QAIMNS), where she served until February 1919 before being transferred to Netley Military Hospital, Southampton. While in Salonika she met her nephew Percy Sayles who was with the Derbyshire Yeomanry. Percy is also on the Roll of Honour.

There is a Pathé News clip showing "ambulances" moving British soldiers in Salonika during WW1. View the clip (wait for download) 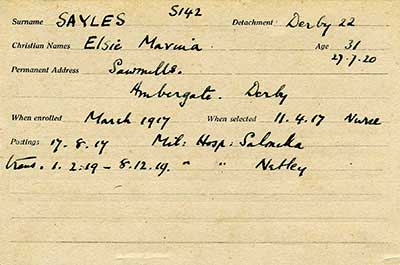 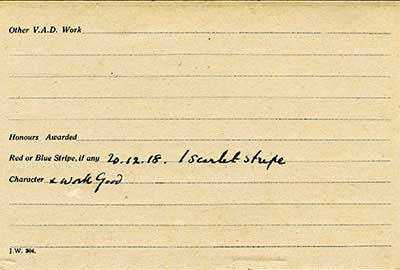 Post war life:
Ship's manifest: On 16 December 1919 Elsie emigrated to the US aboard ss Adriatic sailing from Southampton.

US Marriage Certificate: Elsie married James B Moore on 31 December 1923 in Lemhi County, Idaho. She was recoded as resident of Kelso in the State of Washington.

1930 US Census taken 8 April for Boise City, Idaho (1014, 10th Street) where she is residing with her husband's parents carl and Tritchen Moore; her husband James is not recorded –