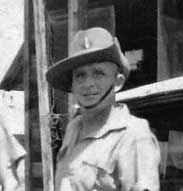 Biography
Courtesy Allan Rodgers
The Fritchley-born Rodgers brothers, Amos, George, James plus Frederick Wragg, were the sons of William and Harriet Rodgers. Frederick Wragg was born to their mother, Harriett Wragg, in 1886 before she married William Rodgers in 1889. William and Harriett were to lose three of their sons. George was born 11 Apr 1898 at Fritchley, he served in the West Yorkshire Regiment. He married Ellen Hogbin in 1930 and died on 11 July 1959 at Catterick Garrison, Hipswell.