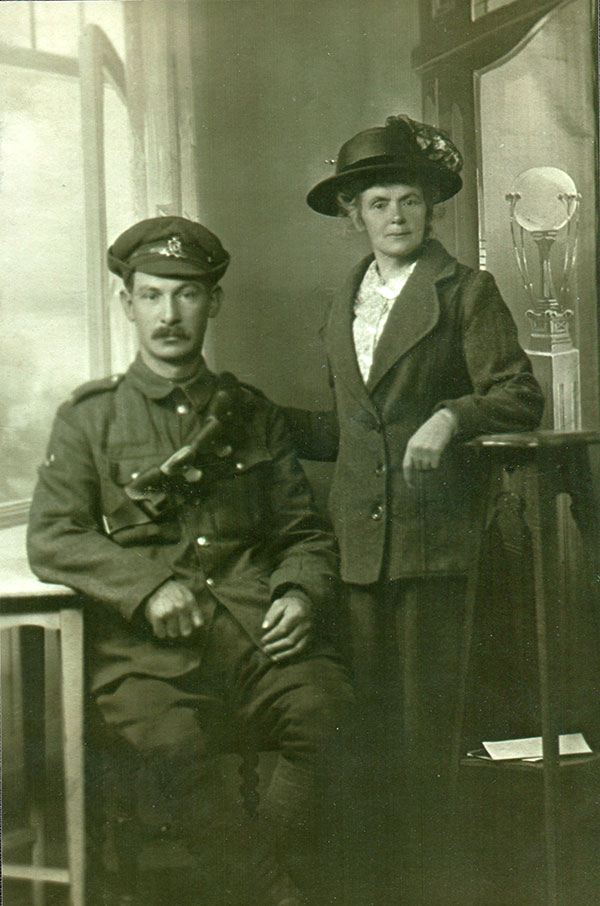 Biography
Born in 1876 at Fritchley, Horace was the son of Thomas and Phoebe Radford. Married in 1900 to Sophia Marsh, he worked as a blacksmith at Tupton, near Chesterfield. He enlisted at Chesterfield in March 1915, aged thirty-eight, with a Fritchley address. Horace entered France in July 1915 and was invalided out in December 1919 suffering from rheumatism and with a head injury giving him a 20% disability allowance. He died in 1951 aged seventy -five.

Army Pension Record
He enlisted at Chesterfield 08/03/15 aged 38, a blacksmith with an address of Fritchley.
10/12/19 Injury to head 20% disability, he also suffered from rheumatism. He was recorded as having a scar on his nose, healed, nasal bones limited with some flattening.