Biography
Ralph worked as a coal miner and married Harriett Holmes – who was sister to Charles Holmes He served with the 15th, 17th and 2nd Foresters. During the 1930s he is known to have owned a small quarrying concern at Crich. Two of his sons died during WW2 and are named on the church gate memorial plaques at St Mary’s, Crich. 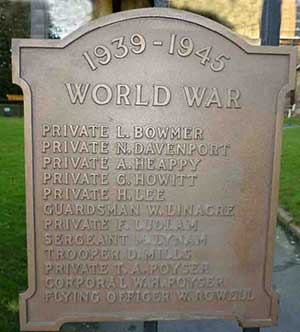 Ralph Poyser's brother Gilbert Poyser is also on the Roll of Honour.