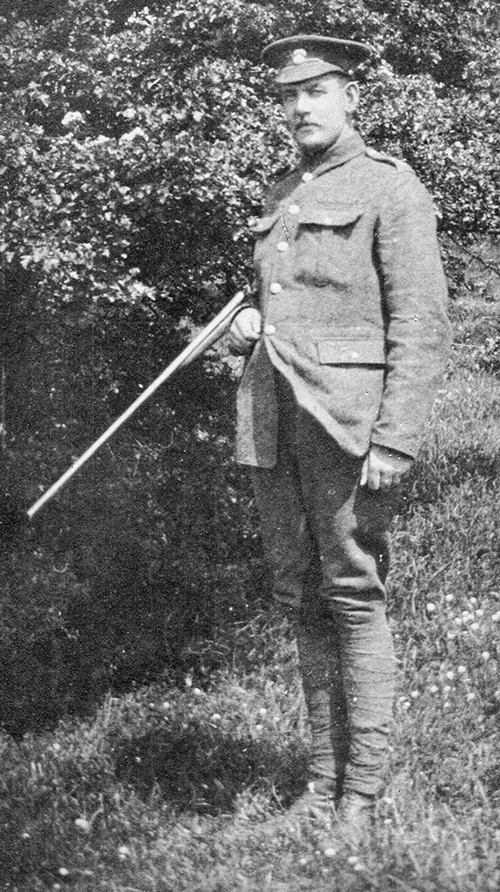 Bigraphy [by Geoffrey & Norman Bryan Peach]
Francis William Bryan Peach – known as Frank – was born at Crich Carr in 1889. He was the third of the four children of John Bryan Peach and Elizabeth Sims, with two brothers and a sister. The family had farmed on Bents Hill at Crich Carr for many years. Frank was raised in the family farmhouse – Bents Hill Farm – and prior to the war he had worked with his father on the farm.

Frank’s army service records have not survived and little is known of his military service during the war. A photograph of Frank in uniform survives with his grandson. The back of the photograph is captioned ‘Francis William Bryan Peach, Northumberland Fusiliers’ and the cap badge is recognisable as that of the Northumberland Fusiliers. No documentary evidence has been located of service with the Northumberland Fusiliers. An index card produced to show a soldier’s medal entitlement has been located for a ‘Francis W B Peach’ with the regimental number 235102. His corps is given as ‘Middlesex Regiment Depot’. No other Francis W B Peach has been located in standard genealogical records, so this is likely to be the correct individual. This Francis W B Peach enlisted in August 1916 and was discharged from the army in June 1919. He served overseas and had been wounded, which could perhaps account for him being drafted into the Middlesex Regiment Depot in north London after previous active service with the Northumberland Fusiliers. He was awarded the Victory Medal and British War Medal, and also the Silver War Badge which was awarded to all military personnel who had served at home or overseas since 4 August 1914 and who had been discharged because of wounds or illness.

Frank married Edith Wilton in 1916. They had three children, two boys and a girl. After his marriage Frank farmed at Wakebridge Farm, which had been farmed by his wife’s family for many years. Frank and his family later moved to Gotham Grange Farm at Pikehall in Derbyshire. 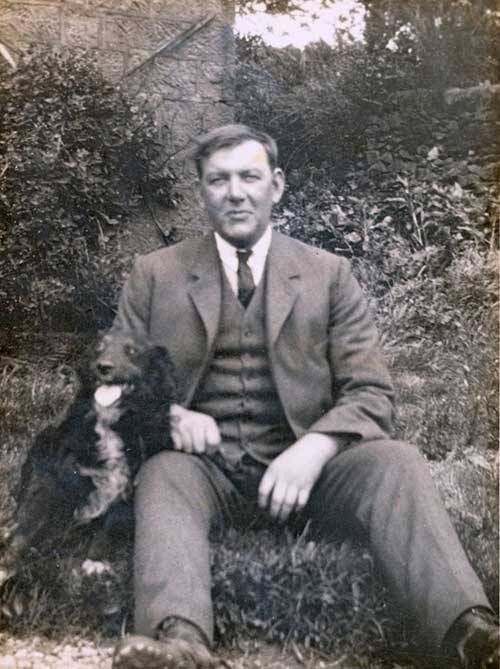 Francis William Bryan Peach passed away at Derby on 20 April 1942, aged fifty-two years. He was laid to rest in the churchyard of the Parish Church of St Mary at Crich.

Frank’s name was erroneously listed as ‘Pte. Bryan F. Peach’ on the original Roll of Honour in Crich Parish Church.

Medal Index Card
He was awarded the Victory and British War Medals and the Silver War Badge.

NB the Bryan Peach family were known as Bryan in the 1911 census.