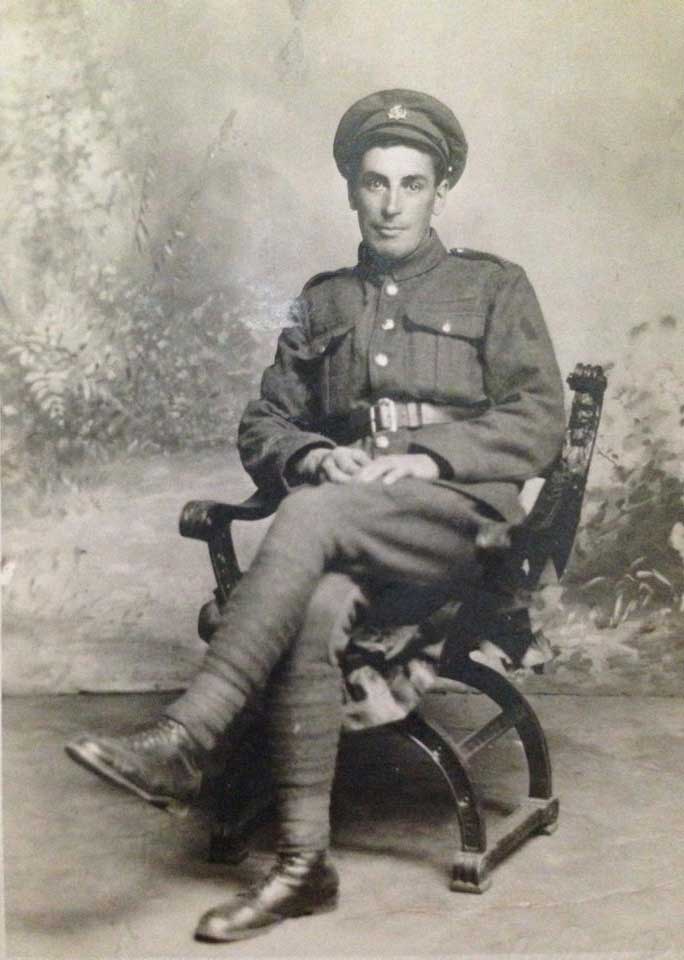 Maurice is on the right. 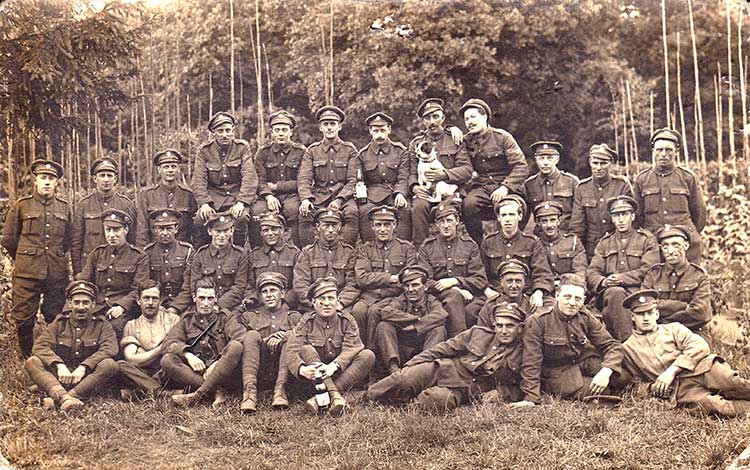 Maurice is third from left on the front row

Will Maurice Mee – known as Maurice – was born at Crich Carr on 12 November 1887. He was the sixth of the seven children of William Mee and Lydia Yates, with five brothers and a sister, though one of the brothers died in infancy. He was raised at Crich Carr, from where his father worked as a stone mason.

Prior to his military service during the war, Maurice had been employed in the warehouse of the wireworks of Richard Johnson and Nephew Ltd at Ambergate. He married Elizabeth Amatt in 1914 and they would have three children, two girls and a boy. By the time of his enlistment in 1916, the family had moved to live at Lower Hartshay, on the outskirts of Ripley.

Maurice’s army service records have survived. He enlisted for service as a Private in June 1916 and was called up for service at Ilkeston later in the year, in December. He was subsequently posted to the Army Service Corps in January 1917, with the rank of Driver. Arriving in France in May 1917, Maurice initially provided support to railway and forestry companies of the Royal Engineers and subsequently served as a lorry driver in several mechanical transport companies of the Army Service Corps, latterly with the 406 Mechanical Transport Company. He returned to England in October 1919 and was demobilised in the November. Maurice was awarded the Victory Medal and British War Medal.

After he was honourably discharged from the army, Maurice returned to his home at Lower Hartshay. The majority of his working life was spent in the employment of British Celanese Ltd at Spondon, and later at the Belper hosiery manufacturer Brettles, from where he retired at seventy years of age.

Will Maurice Mee passed away at Derby in 1972, aged eighty-five years. His ashes were interred in Holloway Cemetery, near Crich.

Maurice’s brother Clement John Mee is also included on the Roll of Honour, as are his cousins Francis Edward Else, Edwin Eperson, Robert Walter William Wass, George Yates and John Yates. These were all grandsons of Walter Yates, a farmer at Crich Carr who, upon his death in 1910, was the oldest resident in the Parish of Crich, at about ninety-two years of age.

Maurice Mee's brother Clement Mee is also on the Roll of Honour.