Photo courtesy Sue Martin with thanks to Amanda Yoxall 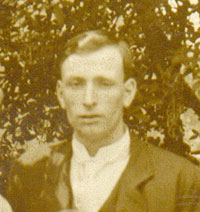 Alfred on his wedding to Hannah Hemstock in 1920

Biography
Alfred was born in 1892 at Matlock and worked as a labourer in the coal mines. He joined the Army in September 1914 at Derby aged twenty-one and entered France in July 1915. In September 1915 he suffered a gunshot wound at Etaples and was returned to the UK for treatment before returning to his unit.

He was transferred to the South Staffordshire Regiment in January 1917 before moving out to India where, in October 1918, he contracted malaria and was treated at Colaba War Hospital (Northern India) and Bombay Hospital. Leaving India aboard the hospital ship HS Castalia he was demobbed, with a 20% disability allowance, in March 1919.

Photo courtesy Sue Martin with thanks to Amanda Yoxall 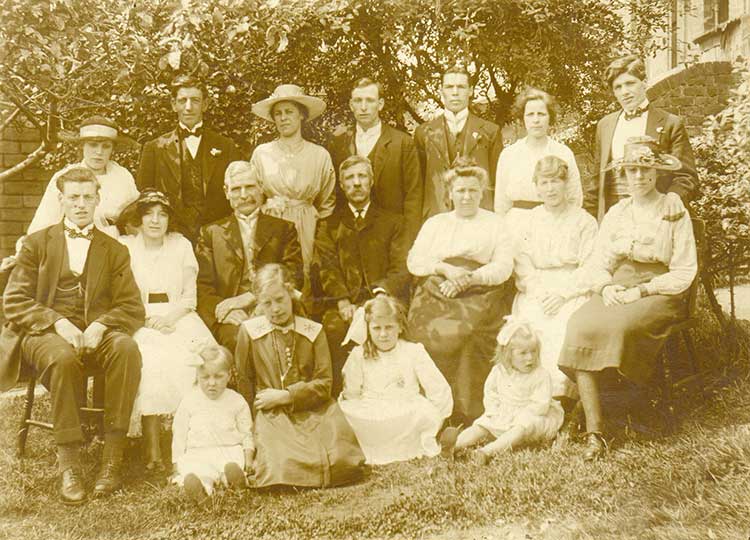 Photograph taken following the wedding of Alfred Bertram Martin to Hannah Hemstock at Riddings Baptist Chapel in 1920.
Alfred and Hannah are pictured third and fourth from the left at the back.
The wedding group includes Alfred's younger brother, John Henry (Jack) Martin (seated far left), beside Hannah's younger sister, Kate Hemstock, whom Jack married at Swanwick Baptist Chapel in 1922.
Alfred and Jack's father, Alfred Martin, is seated third from the left 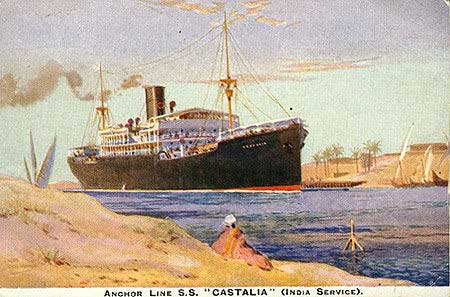 Derbyshire Times 16 October 1915
FORMER CRICH MAN WOUNDED
Mr Alfred Martin, late of Crich, now residing at Somercotes, has received the following tribute from the Commanding Officer to his son, Pvte. A.B. Martin, No 14116, D Co. 10th Battalion, Notts and Derby. Private Martin was struck by a bullet which passed right through the muscle of his arm, causing paralysis for the time. He was conveyed to Etaples Hospital, but is now at Nether Court V.A.D. Hospital, Ramsgate where he is progressing favourably. “Had it not been for the spade he was using he would have been killed; he was a credit to his platoon, and was very calm under fire. He was a man with very high ideals, and always tried to live up to them. Such men do their comrades good, and I was very sorry to lose him.” Mr Martin also has another son Pvte. John Martin in the Notts and Derbys.

Alfred Martin's brother John Martin is also on the Roll of Honour.