Frank Maes was possibly a Belgian Agent during WW1. These agents were civilians who worked for the War Office or the British GHQ.

Biography
The Maes family arrived in Crich 02/11/1914 as Belgian refugees. Two of the children Madeleine and Jules/Saul were enrolled at Crich School 16/11/14. Madeleine returned to Belgium in 1919. Jules (also known as Saul) left school to work in 1916. The family were Roman Catholics.
[Prunella Bradshaw]

On the Medal Roll Index there is Rev. Francois E Maes, Belgian Agent, who was awarded the British War Medal. 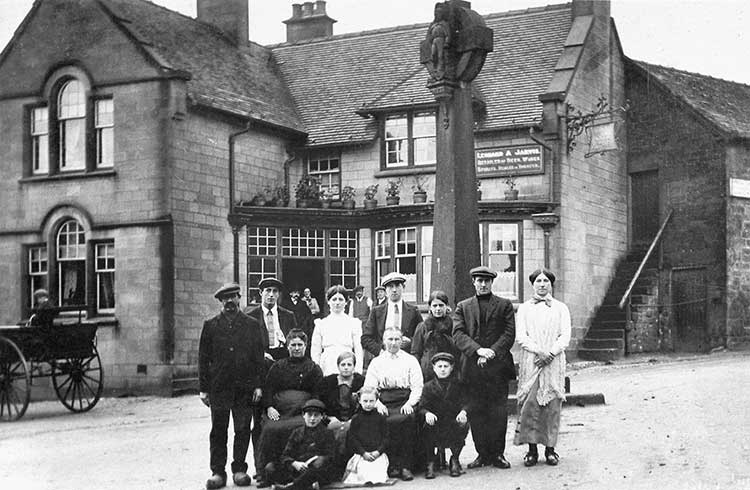 The Maes and De Ridder families outside the Jovial Dutchman, Crich.
The familes were Belgian refugees. 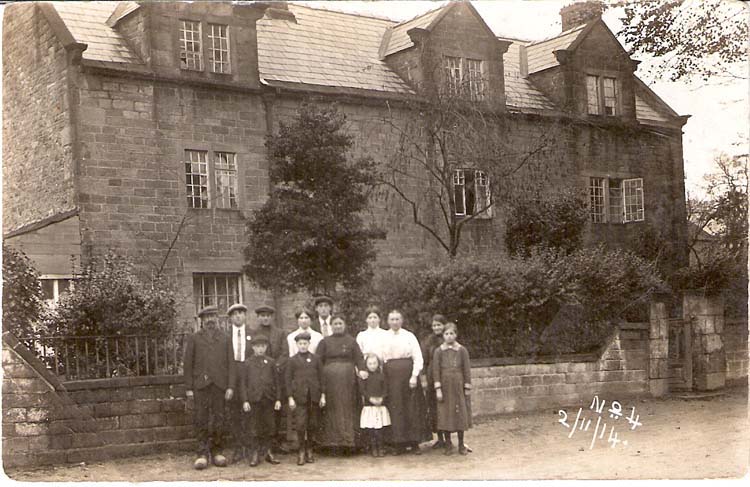 The Belgian refugees outside the Mansion House, Crich