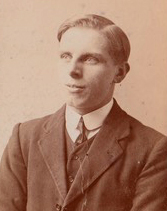 Biography
Robert was born at Crich in about 1894 son of Philip and Sarah (nèe Poyser) Kneebone. He lived on Chapel Row and worked as a wood machinist throughout his working life. Few details have been located about his war service, though he appears to have been living at Crich at the time of the war. He later relocated to Wednesbury, Staffordshire and married Maud Berry in September qtr 1924 (Wallsall reg district). During WW2, he served as a captain with the 37th Staffordshire (Darlaston) Battalion of the Home Guard. 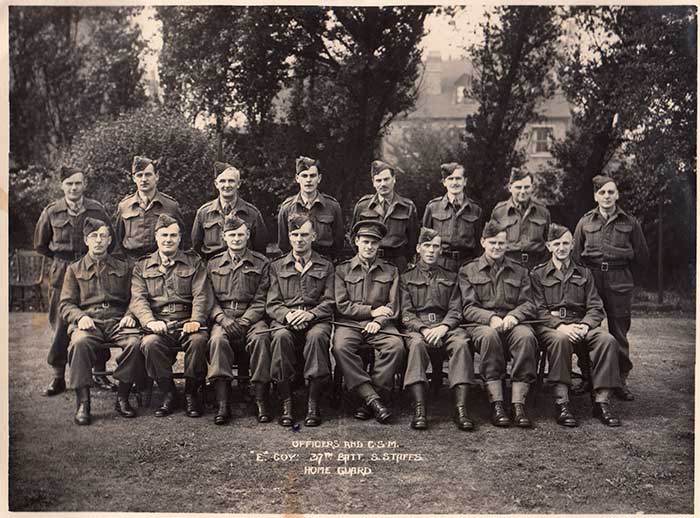 37th Staffordshire (Darlaston) Battalion of the Home Guard circa 1941/42
Robert Kneebone seated, fourth from the left,
He was a captain in E Company