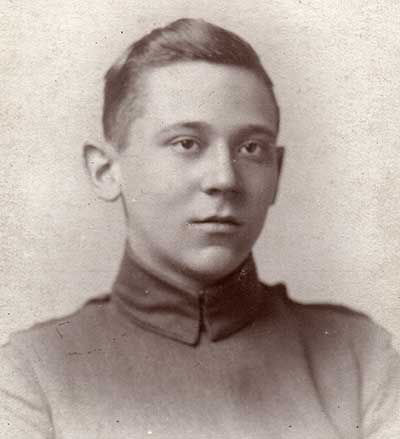 Biography
John Allen William Jarvis - known as 'Jack' - was born at Alfreton, Derbyshire, in 1899. He was the only child of Leonard Alfred Jarvis and Annie Brewer, who moved to Crich in approximately 1912 when Leonard became the licensee of the Jovial Dutchman public house. Jack received a higher grade education at Herbert Strutt Secondary School at Belper and commenced work with the London City and Midland Bank.

During the First World War, Jack received a commission into the Royal Flying Corps along with fellow Crich resident and Herbert Strutt School alumnus, Joseph Curzon. As a cadet in late 1917, Jack passed the RFC observers course. With effect from 3 August 1918, Jack received a temporary commission to 2nd lieutenant (observer officer) in the recently-formed Royal Air Force, and soon went over to France. Jack's wife's nephew recalled Jack talking about his experiences of air combat during the war. He was transferred to the RAF unemployed list in January 1919.

Jack Jarvis pictured in an early Royal Air Force officer's uniform
There is a crown and eagle on the left sleeve
This photograph could have been taken shortly after receiving his commission, when he was on leave in Crich during August 1918.

A Royal Aircraft Factory R.E.8 biplane with serial number A4669. The R.E.8 served as the standard British reconnaissance and artillery observation aircraft from mid-1917 to the end of the war. Taken from an old photograph album belonging to Jack Jarvis, the following is written on the back of the photograph: "for Jack / From J Curzon". As Crich-based Jack Jarvis and Joseph Curzon were trained together in the RFC/RAF, it is thought that this photograph shows one or both pictured in the aircraft, or else one or both were travelling in the aircraft from which the photograph was taken.

After the war, Jack returned to his employment with the Midland Bank, with whom he remained for the rest of his working life. He married Florence Simpkin in 1927; by the 1930s, they were living at Retford, Nottinghamshire. In May 1941, Jack was granted a commission as an acting pilot officer for the duration of hostilities during the Second World War, working with the Air Training Corps. After the war, Jack remained heavily involved with the ATC for a number of years. 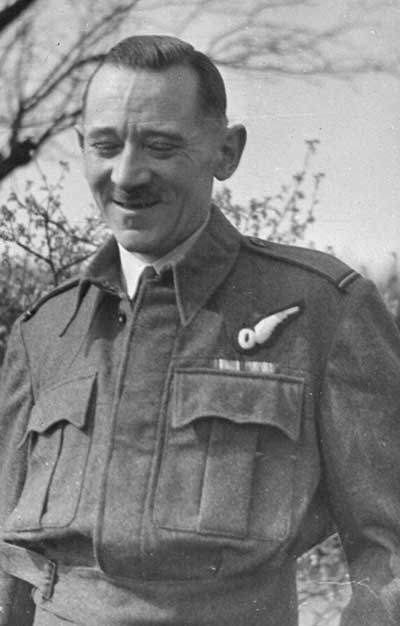 Jack Jarvis pictured as an officer with the Air Training Corps, to which he was commissioned in May 1941. The rank insignia of flying officer is shown on his epaulette. On his left breast, above his medal ribbons, is the aircrew badge of observer. The photograph was either taken during the Second World War, or shortly afterwards.

After the Second World War, Jack and his wife relocated to the village of Pinchbeck, near Spalding in Lincolnshire. After his wife's death in 1962, Jack married Harriet Elizabeth (Hettie) Shaw the following year. Jack enjoyed a long retirement at Pinchbeck and passed away at Spalding in 1983, aged 83 years.

Service Record
30/10/17 John Allan William Jarvis born 8th November 1899 at Alfreton; commission in the Royal Flying Corps as Pilot or Observer. Preferred branches of the Service were RFC or RE. Secondary education at Herbert Strutts School, Belper; working as a Bank Clerk in Alfreton. He could ride a motor cycle, cycle and horse. Living at Crich. Father Leonard Arthur Jarvis a butcher. He was 5ft 6¼in tall and weighed 133lb

Derbyshire Courier, 29 December 1917
Cadet J. Curzon and Cadet J. Jarvis who are over on leave from the south coast have recently received promotion in the Royal Flying Corps. The former has passed a pilot and the latter as observer. 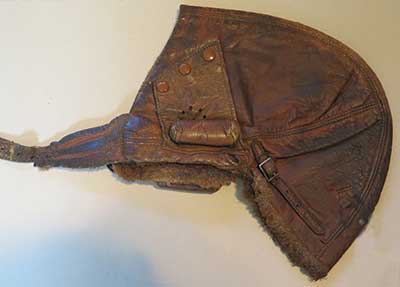 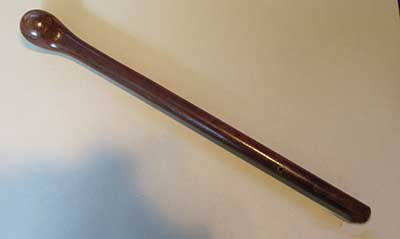 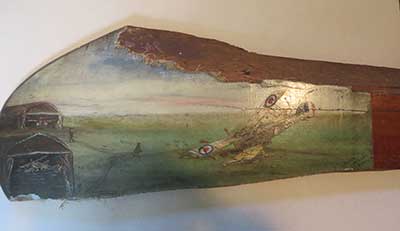 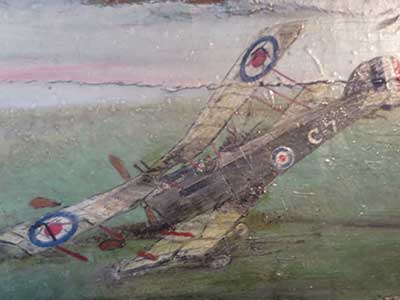 Jack Jarvis was son of Leonard Arthur Jarvis the landlord of the Jovial Dutchman. They came to Crich between 1911 and 1914. 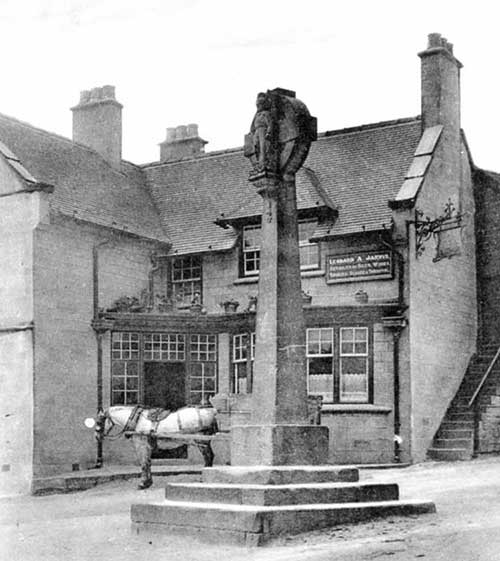 The photograph above shows the Jovial Dutchman, by Crich Cross, where Jack lived from about 1912 (taken about 1915).
Leonard A Jarvis's name is on the wall 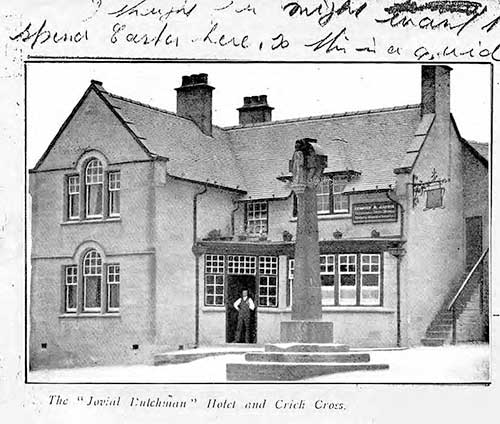 The hotel was listed in the Crich Guide (First Edition) dated about 1914.