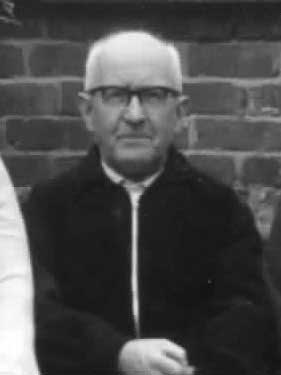 Biograhy
James Hughes – known as Jim – was born at Matlock on 11th March 1894. He was raised at Crich, though his family later moved to live at nearby Whatstandwell. At this time Jim worked locally as a railway porter. In 1914 he moved to live at Hyde in Cheshire where he found employment as a railway booking clerk. He remained a resident of the Hyde area for the rest of his life.
During the war Jim served in the Royal Naval Volunteer Reserve (RNVR). His period of engagement dates from 22 August 1916, initially with the rank of Ordinary Seaman. He undertook training at the naval training establishment HMS Victory VI at Crystal Palace in London. After completing his training he progressed to the rank of Ordinary Telegraphist, then later Telegraphist. During the early days of wireless telegraphy, telegraphists became indispensable at sea, where they used Morse code in order to communicate via radio waves. On 10 April 1917, he was posted to HMS Dalhousie, which had been among the first ships to be involved in the Mesopotamian campaign. By the time Jim was posted to HMS Dalhousie, it was moored at Basra as the depot ship for a number of gunboats further up river. Crews came in and out of the region and swapped boats due to promotions and injuries via HMS Dalhousie. Jim served on the Euphrates and Tigris rivers on board the gunboat HMS Gadfly, though the majority of his service was aboard HMS Gnat. Jim reported in a 1980 newspaper article that he had travelled to Mesopotamia, China and India during his naval service. He recalled combatting pirates in the Far East, and helping to sink a submarine in 1917. He was shore demobilised on 11 December 1919.
After he was honourably discharged from the Royal Navy, Jim returned to his occupation as a clerk at Hyde railway station and married Edith Marshall in 1924. They had one daughter. After his wife’s death in 1927, Jim married Alice Wilson in 1930. In total, Jim spent forty-eight years as an employee of British Railways (and predecessors), retiring from Marple railway station. After Jim’s daughter and her husband emigrated to Canada in 1951, Jim and his wife spent some time in Canada visiting them. James Hughes passed away in Tameside on 8 February 1983, aged eighty-eight years.
His brother-in-law George Job Hopkinson is also listed on the Roll of Honour. Jim’s younger brother George Andrew Hughes (1895-1968) served during the war as a Private in the Sherwood Foresters, and later in the Army Service Corps, but was not listed on the original Roll of Honour at Crich as he was living at Barrow-in-Furness in Cumbria at the time of enlistment.

Medal Index Card
He was awarded the British War and Victory medals.