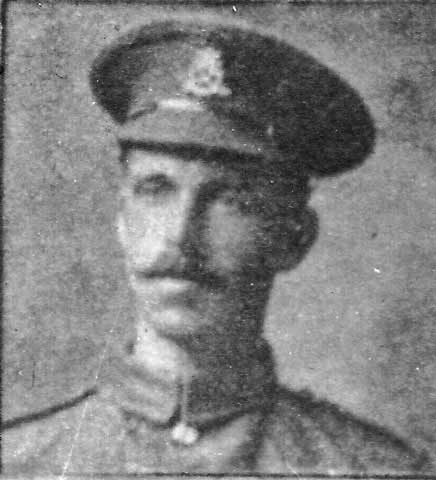 Biography
Samuel was born in Holloway in about 1885, the son of Samuel and Phyllis Hitchcock. The family lived at Wheatcroft and Samuel junior worked at Lea Mills as a framework knitter. He attested in the Army in November 1915 aged thirty and after several deferments joined the Army on 18 January 1918. He was was discharged, having been wounded, losing a leg, in August 1919 and being awarded the Silver War Badge. He was in a VAD Hospital in Devon. He married Bertha Eaton in 1920.

The Courier 1 May 1920
The wedding took place at Christ Church, Lea, on Monday, the Rev GE Wigram officiating, of Mr Samuel Hitchcock, only son of Mr and Mrs S Hitchcock, of Wheatcroft, and Mrs Bertha Eaton, daughter of Mrs Eaton of the Common Holloway. The bridegroom is an ex- serviceman and lost a leg in France in 1918.