Biography
Born at Plaistow Green in 1895, George was a farm worker at Woolley Moor where he worked on his father’s farm. He entered France in June 1915 was wounded in 1916 and killed in action, aged twenty-two, on 31st December 1917. He is remembered on the Tyne Cot Memorial.

Newspaper Report
In the Derbyshire Courier dated 15 July 1916 it stated that Pte. G. Haslam of Crich and Wooley had been wounded. 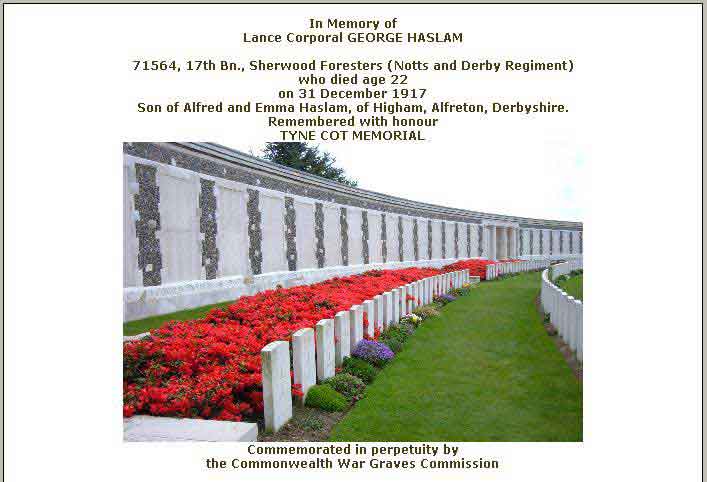 George Haslam's brother James Haslam is also on the Roll of Honour.