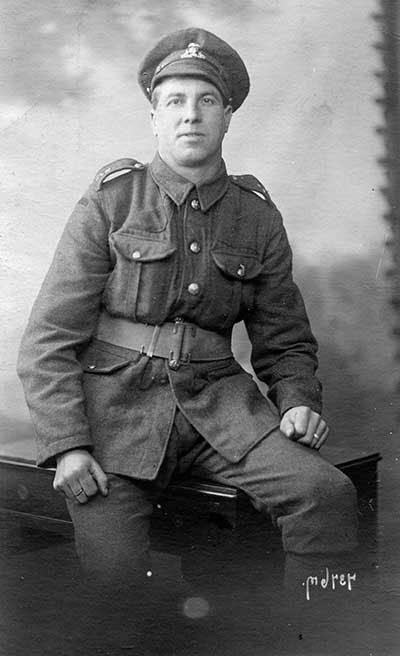 Biography
Charles was born at Crich in 1882. Before the war he was living at Healey in Yorkshire working for the Leeds Waterworks. He was killed, aged thirty-seven, on 27 March 1918 and is buried at the Abbeville Communal Cemetery Extension in France. He is also remembered in the Wesleyan Chapel at Chapel Lane, Crich.

His mother, Lavinia, had a double-sided locket showing her sons Charles and Thomas who were both killed in the war.

Medal Roll Index Cards
He was awarded the Victory and British War Medals. 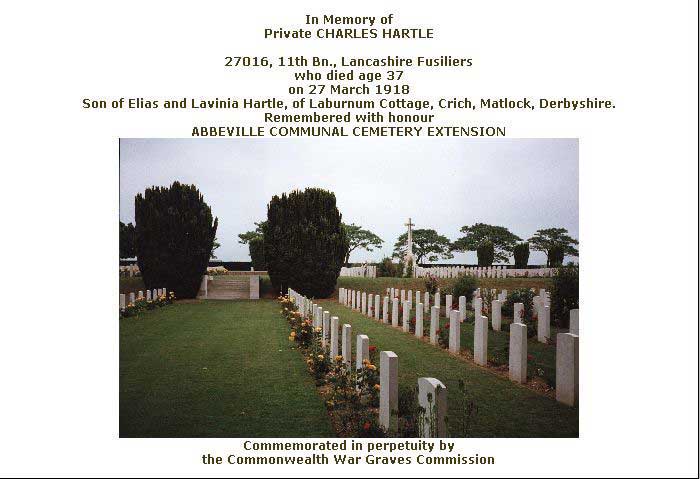 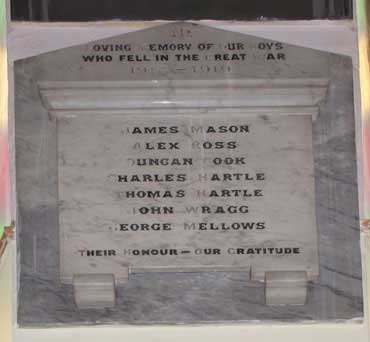 Memorial inside the Wesleyan Chapel, Crich

Charles Hartle's brothers Thomas Hartle and Elias Hartle are also on the Roll of Honour.