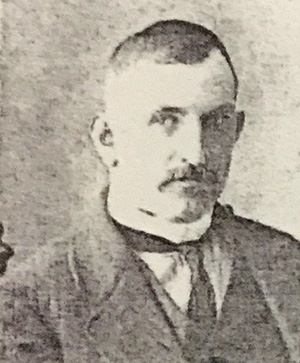 Biography
Born and raised at Crich, George lived 1883-1948. He was the grandson of George Curzon – one of Crich’s great characters – and inherited much property at Crich from his grandfather. He married in 1906 and had a son and three daughters. The family settled at King’s Norton, Birmingham, where George became clerk of works for the Midland Railway. During WW1, he served with a workshop company of the Royal Engineers, with the rank of corporal. Later relocated to Kettering, Northants.

[Lodging with the Adamson family]