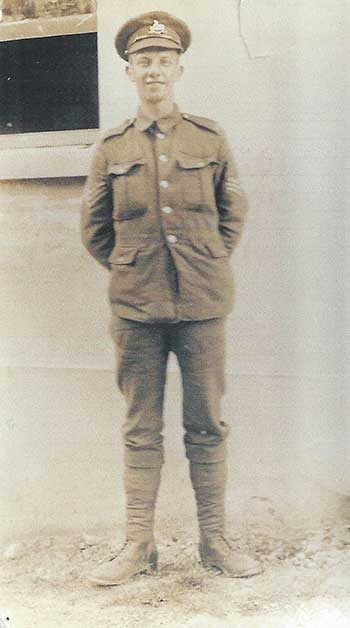 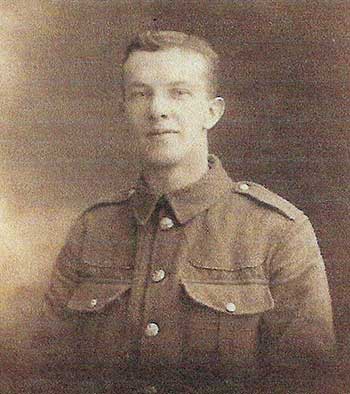 Biography [courtesy Margaret Granger (Hallam) & Cyril Granger]
Walter was born 21 November1893, the son of Arthur (a weaver) and Sarah Elizabeth Hallam. He attended Crich School, winning a scholarship to Wirksworth Grammar in 1905 then to teacher training at Sheffield (1912 until 1914). Started teaching at Shirland Primary School, near Alfreton, in Derbyshire.

Enlisting in 1915, he served on the front lines during Operation Michael and the Lys Offensive. He married Sarah Griffiths in 1920.
Started as the Headmaster at Chinley School in 1926.
Started as Headmaster at Buxworth School on Oct. 1st, 1931.
Was Headmaster at Whaley Bridge School from 1945 to retirement in 1954.
During WW2 he gave evening classes in mathematics, including basic navigation, for ATC members.
Died 1984, Wymondham, Norwich. Ashes at Wymondham Abbey 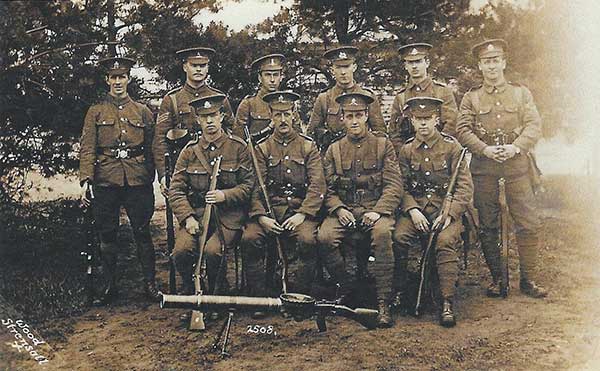 Medal Roll Index Card
He was awarded the Victory and British War medals.

Derbyshire Courier , 29 December 1917
A feature of the holiday has been the unusually large number of local soldiers who have been fortunate in securing Christmas leave. The list includes Sgt C. Mason, from Ecclesall (Staffs), convalescent home; Private J W Heathcote, A S C (Mechanical Transport), from France; and driver William Coleman, France – the two latter were over together just a year ago – and Sapper Hy V. Smith in the Signalling Service, R.E., who came from France on Monday, after eight months across the Channel. Driver Jas H Dawes, Driver James Bingham, Lance Corporal W Hallam, Cpl Jas Holmes, and Bugler William Hartshorne have also been over on leave. The latter, who is staying with Mr A Buckley, of Park Head, is attached to the Canadian Forces. Along with his parents he emigrated from Park Head, Crich, to the Dominion before the war, and like his brother, Tom, he enlisted in the Canadians during the earlier stages of the war.

Derbyshire Courier , 27 July 1918
Amongst local soldiers over on leave from France during the week is Sgt Walter Hallam, of the Common, Crich. He returned on Wednesday.

Voters List 1918
Walter Hallam of The Common, Crich is shown as absent on military duty.