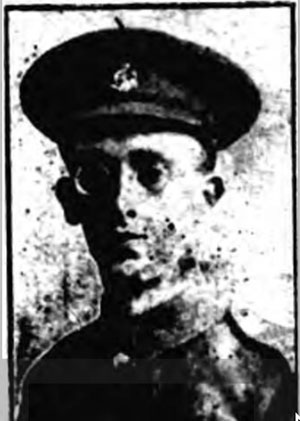 Biography
George Gration was born in South Normanton during 1893 to Charles and Elizabeth Gration. He attested in December 1915 and was called-up in November 1917. He married Ethel May Fogg in 29 September 1917; she lived at 14 East View Crich after they married. Being over six foot, George was unusually tall for the time. He was a horse-hair sorter, wore glasses and was recorded as having a poor physique. The Army Medical Board pronounced him fit for sedentary work and he was posted to the War Hospital in Barnet as part of the Royal Army Medical Corps. During December 1918 he was admitted to Colchester hospital with influenza, dying a few weeks later of pneumonia. He died on 24 December 1918 and was buried in St Mary’s churchyard, Crich.

Derbyshire Courier 1 January 1919
The internment took place at Crich parish church, on Monday of Private George Gration, of the Common, Crich. Deceased who had been in the RAMC for 13 months, was taken ill with influenza three weeks ago and was moved to the General Military Hospital, Colchester. Pneumonia supervened, and he passed away on Christmas Eve. His wife was expecting him on leave for Christmas. Private Gration who was 25 years of age, was a native of Ripley.

Ripley and Heanor News 3 January 1919
RIPLEY PRIVATE DIES IN HOSPITAL
We regret to announce that yet another Ripley “boy” has laid down his life in the course of King and Country in Pte GF Gration of the RAMC, son of Mr Charles Gration of Providence Street, Ripley.
Deceased who was 25 years of age work for the Manufacturing Co up to the time of being called up in November 1917, although he resided at Crich. Whilst in training he contacted influenza, and he died from pneumonia in Colchester Hospital on Christmas Eve.
The funeral took place in Crich Churchyard on Monday last, and amongst the floral tributes were wreaths from the officers and staff of his company. He leaves a wife no family. 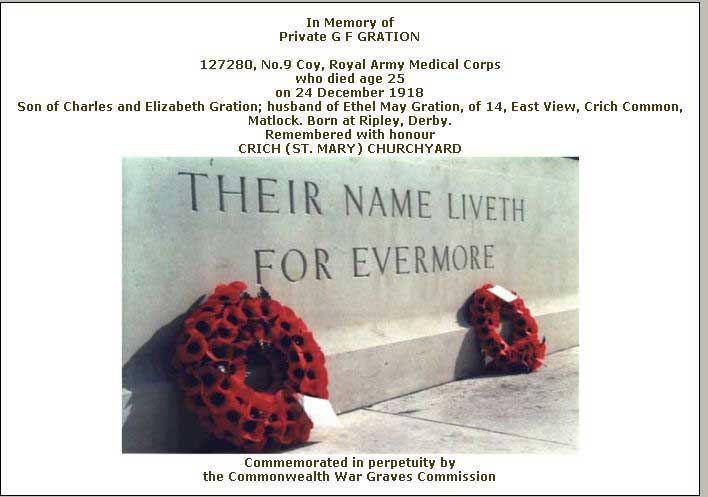 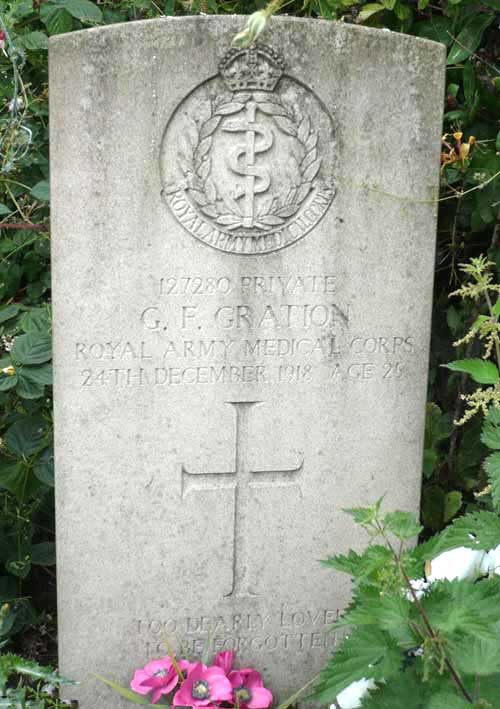 TOO DEARLY LOVED
TO BE FORGOTTEN