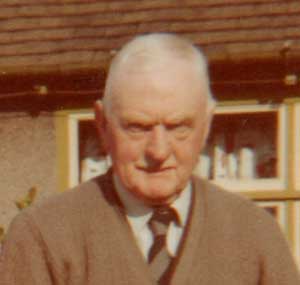 Biography
William was born in 1884 and on leaving school worked as a railway surveyors’ clerk. He married Lucy Ellen Bower in 1909. His grandson recalls that he served with the Foresters, though no service records have been located. Both William and his brother Joseph served with the Foresters. After demob, he returned to Derby, where the family lived for a number of years on Crewe Street. They moved to Harrow Weald, north-west London, during the 1930s, though later returned to Derbyshire, settling at Belper. 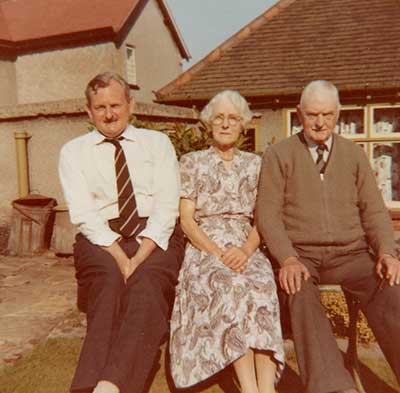 Medal Index Record
Only one William England found in the Medal Index Cards :
73886 2nd Bn Notts and Derby; 336708 Norfolk Regt;
Awarded British War and Victory medals
[No supplimentary evidence to confirm whether this is "our William"]

Belper News, 1 June 1900
Football at Crich
Thomas Thornton 15, Robert Gaunt 14, William Haslam 16 and William England 16, all of Crich, we summoned for playing football upon the highway at Crich on May 19.
Pc Morley said he saw the defendants on the road towards Fritchley playing with a full-sized football. He saw them playing for five minutes.
Defendants said they did not annoy anyone at the time and they only played for three minutes.
Bench ordered the defendants to pay the costs 6s 9d each. They must not play on the highway, said the chairman, if they persisted in doing so they would be severely punished.

His brother Joseph England is also on the Roll of Honour.