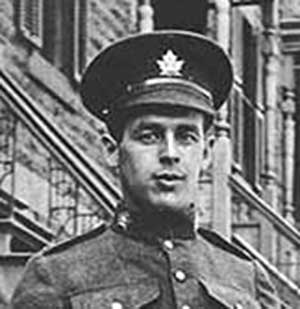 Biography
Josiah Dawes was born on 8th March 1889. Along with his mother, Elizabeth (née Wigley) he emigrated to America, arriving in Ellis Island, New York on 30th September 1905. They went out on the SS Lucania having had their passage paid for by Joseph J. Wigley (Elizabeth’s father) who had lived in New York State with his wife Ann for about seventeen years. Josiah’s brother and sister, Abraham and Mary Ann, also emigrated.
In 1910 Josiah married Florence P. Lemmon and in 1915 they had a son, George F. Dawes. Josiah’s American Draft Registration Card dated 5th June 1915 gave his age as twenty-eight, living at Overill Park, New York. He was a married alien with one child, born at Crich, Derbyshire, England and employed at the Faith Knitting Company. He had grey eyes and brown hair. However, he enlisted with the Canadian Expeditionary Forces on 20th April 1918 at Montreal. The Canadian attestation papers named him as Josiah Oakdon Dawes, born 8th March 1889, Crich, Derbyshire. He was a chauffeur, married to Florence, living at Sandlake, USA. His height was 5 feet 5 inches, and he had grey eyes with dark brown hair. According to his granddaughter he had flat feet which is why the American Army would not enlist him.
After serving in the war he returned to the United States during March 1919. He returned from the Canadian Corps Camp at Bramshott aboard the troop ship SS Carmania, sailing from Liverpool. 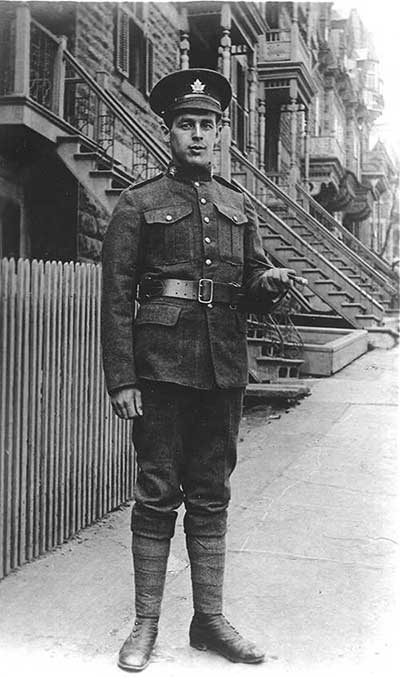 Draft Registration Card USA
He registered in the USA on 5 June 1915 as Josiah O Dawes, aged 28, of Overill Park, New York; born 8 March 1887, an alien born Crich, Derbyshire, England. He was a mill employee at the Faith Knitting Company, a married Caucasian with a child. He had grey eyes and brown hair.

Derbyshire Courier, 22 February 1919
CRICH, LEA and HOLLOWAY
Pte. Josiah Dawes, of the Canadians, visited Crich this week before proceeding to Montreal for demobilisation. Pte. Dawes, who left Crich 14 years ago for the States, was living at Sand Lake N.Y. before enlisting. He crossed the border and then joined a Canadian Regiment before proceeding to England. He expects to return to Bramshott today (Saturday).

Josiah Dawes' brother Joseph Dawes is also on the Roll of Honour.