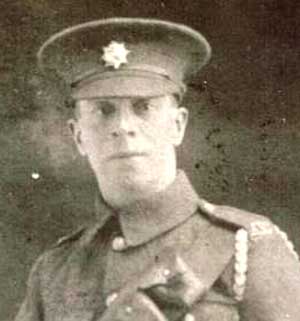 Biography
Arthur was born in the hamlet of Wheatcroft , Crich, and attended South Wingfield school. As a carter he enlisted in 1915 but in 1916 was discharged as being medically unfit. He was then quickly remobilized and entered France in March 1917. At Belper Register Office in 1922 he married Mabel Blackham and they had seven children. By the late 1930s, the family lived at Lea Bridge. After Arthur's death Mabel married Henry T Spencer on 3 November 1950

Arthur's ASC number T25987 – the T indicates horse transport.
The Labour Corps was formed January 1917
[With thanks to Nivard Overton ] 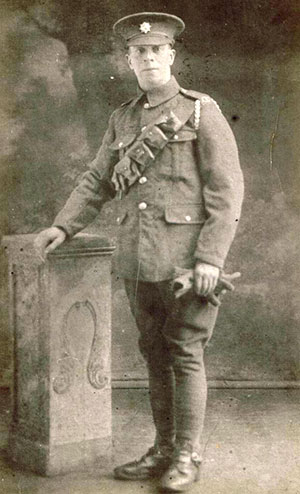 Arthur in a studio photograph

1939 Register: 14 Council Houses, Lea Bridge
Arthur Davis b.29 June 1892; general labourer
Mabel Spencer (Davis) b.2 September 1901
Marion Birchall (Davis) b.14 April 1927; school
Marjorie Stolarski (Davis) b.23 August 1929; School
Brian Davis b.7 December 1938; under school age
4 closed records
[Note: there is conflict of his date of birth in his school admission and the 1939 Register. He was registered in the Sepember quarter of 1890 which suggests that on his school admissions is correct]