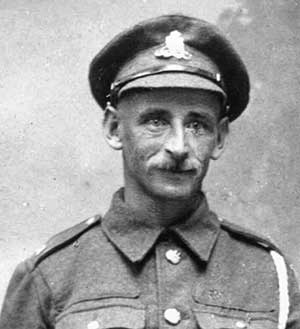 Biography
William, the son of William and Harriett Curzon, married Sarah Brocklehurst in 1903, moving from Crich to Longway Bank, Whatstandwell. He was employed at Lea Mills and was called- up in Feb 1918, aged thirty-eight. Little is known of his war service other than he spent some time in a VAD hospital at Charnwood, Leics. As with other Lea Mills employees serving in the forces, he received food parcels from Austin's of Derby and clothing parcels from Lea Mills – courtesy its managing director J. B. Marsden-Smedley. After demob, the family remained at Longway Bank, living on Blundestone Lane.

His dog tags give his name, regiment, regimental number and religion. 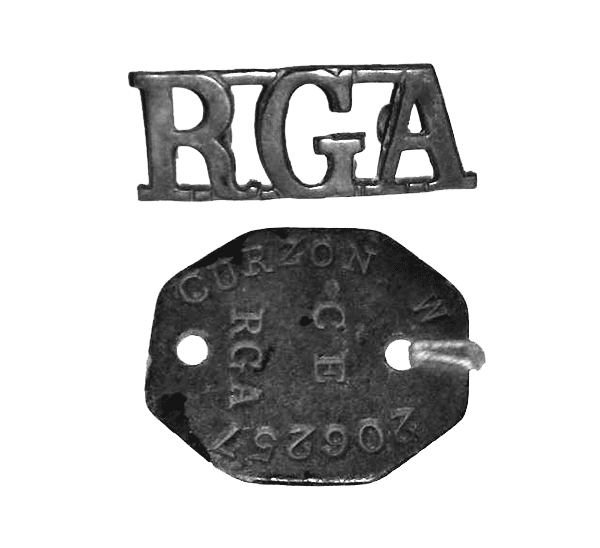 Sometime during the war period he was in the Charnwood Forest VAD hospital. 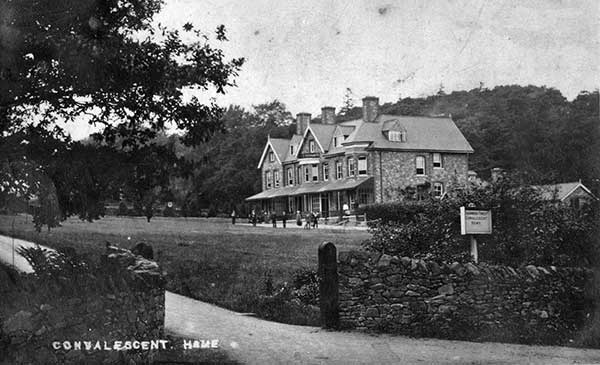 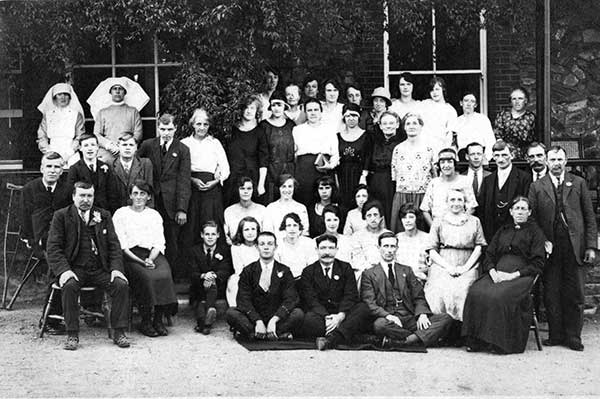 William was stationed at the Puckpool Battery on the Isle of Wight. 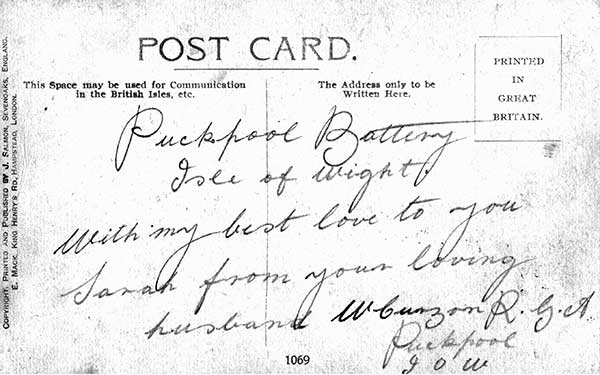 Postcard from William to his wife with very formal signature. 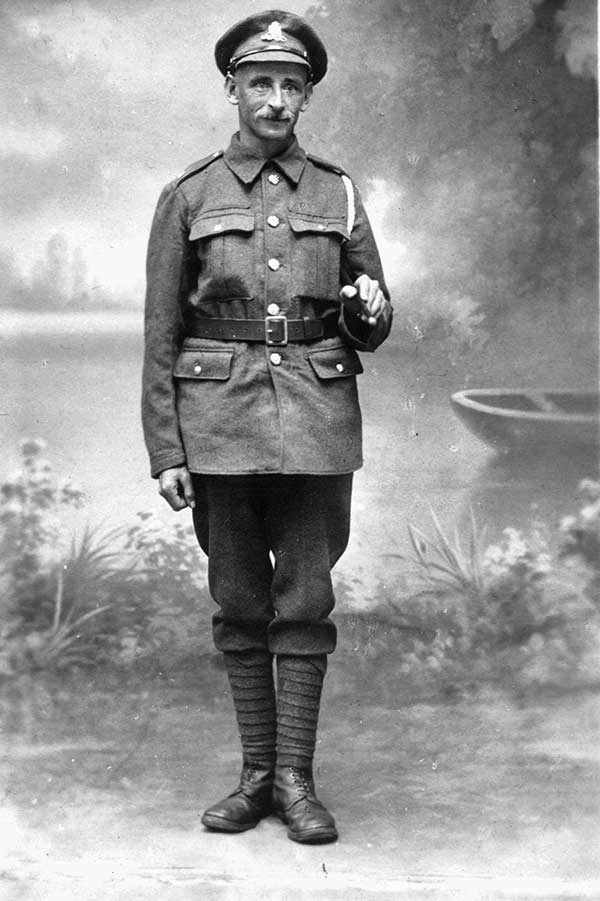