Biography
Fred was a son of the chief clerk at a local gritstone quarry. Born and raised at Crich Carr, he married Florence Smith on 1 April 1912 at Belper Baptist Church and had a daughter. He worked as a clerk on the Midland Railway before becoming a guard.Fred was mobilised on 6 February 1917 and he served with the Railway Operations Division of the Royal Engineers in Egypt before being invalided home on the hospital ship HS Boomah after suffering with dysentery and malaria. Records indicate that he was an acting, unpaid Sergeant. After his death, Fred’s wife and daughter immigrated to Southern Rhodesia.

Medal Index Record
He was awarded the Victory and British War Medals.

The hospital ship on which Fred was invalided to the UK was recorded as the "Booma". This could have been the Australian Hospital Ship "Boonah". 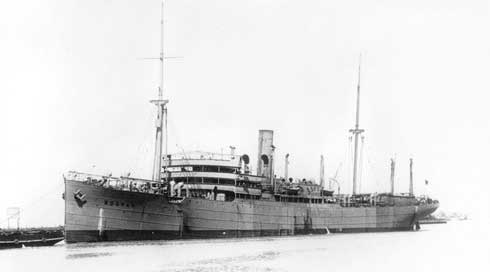