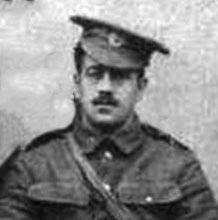 Biography
Harry, brother of Jack, was a coal miner prior to the war. He married Mary Haslam in 1912. He served with a tunnelling company of the Royal Engineers. In July 1916, he was the first man from the parish to be awarded the Distinguished Conduct Medal. When the enemy exploded a camouflet, he rescued from the gas a sergeant and a corporal without any rescue apparatus, at great personal risk. After demob, he worked as a collier and later lived at Oakerthorpe. Henry died in a road accident in 1956 aged seventy.

Medal Citation for DCM
132003 Spr H. Cauldwell, 176 Tunnelling Coy, R.E, (L.G. 27 July 1916)
For consicious gallantry. When the enemy exploded a camouflet, he rescued from the foul gas a sergeant and a corporal without any rescue apparatus, at imminent personal risk. He was himself only saved by the rescue party.
[Camouflet is a countermine dug by defenders to defend against undermining. The defenders would dig a tunnel under the attackers' tunnel. An explosive charge would be set off to create a camouflet that would collapse the attackers' tunnel.]

Derbyshire Courier , 24th June 1916
CRICH SAPPER "GASSED"
An official intimation has been received from the Record Office, Chatham, by Mrs Harry Cauldwell, informing her that her husband, Sapper Harry Cauldwell, is suffering from gas poisoning. Sapper Cauldwell is now in a general hospital at Le Treport, France. He appears to have been "gassed" early this month. It is presumed that he is recovering, a letter having been written by him since admission into the hospital. Sapper Cauldwell, who has been in the Army since last September, eight months of which has been in France, was over on leave six weeks ago.

Sapper Harry Cauldwell, of Cliff View Crich, is the first man from the parish to win the D,C.M. A soldier of not many words he modestly refrains from describing the deed for which he was awarded the honour. In a letter to his wife dated 16 December he says: "You will be pleased to heat that I have been presented with the D.C.M. this morning on parade. The officer commanding shook hands with me and congratulated me". It is understood that Sapper Cauldwell gained the honour for some brave deed he accomplished at the time he was gassed in June. He has been in France since September 1915. Formerly he was a miner at South Wingfield Colliery.

Derbyshire Courier 12 July 1919
Amongst those who had their military decorations presented to them by Mr CF White, MP, at the Sailors and Soldiers Federation demonstration at Matlock on Saturday, was Sapper Harry Caulwell, of Crich. Sapper Cauldwell, who was attached to a tunnelling company, was awarded the DCM for bravery whilst engaged in tunnelling operations. Along with the company of men he was driving a tunnel when they heard the enemy carrying out similar operations very close to them. He instructed his men to vacate the tunnel while he stayed to make investigations. The enemy worked their way through and discharged a quantity of explosives resulting in Sapper Cauldwell been badly gassed. The next thing that Sapper Cauldwell knew was that he was in hospital and that his bravery had resulted in the lives of a number of his companions being saved.

In the early 1920s he was involved with Crich Town football team. 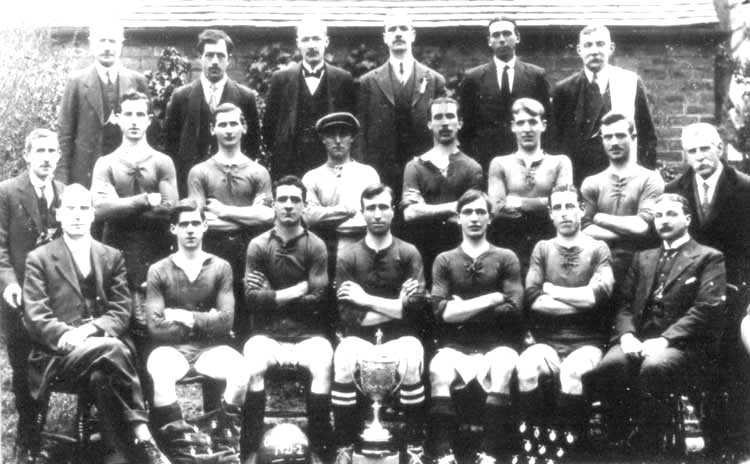 Henry Cauldwell's brother Jack Cauldwell is also on the Roll of Honour.