Biography
Fred, the son of Anthony and Annie Buckley, was born and raised at Park Head, Crich becoming a collier, He married Annie Harrison in 1903 and they had a family. Prior to the war he relocated to Mansfield with his family. Fred was posted to France in 1915, served with the 110th Brigade, RFA, and was killed in action on 30th July 1916. He is buried at Becourt Military Cemetery, France, and is named on the war memorial at Crich. 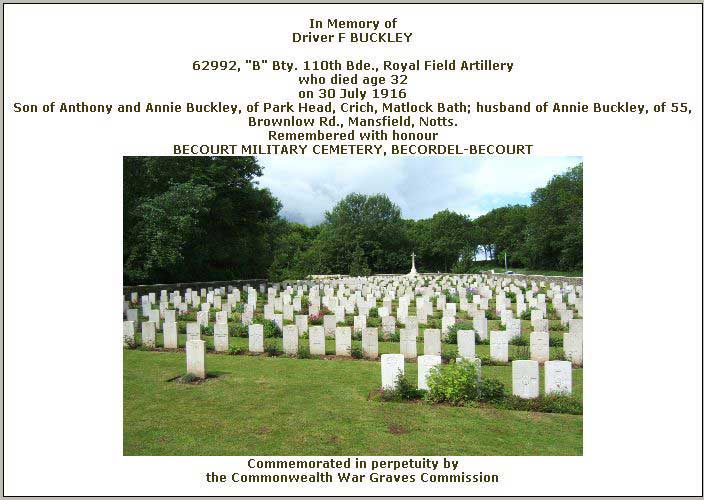