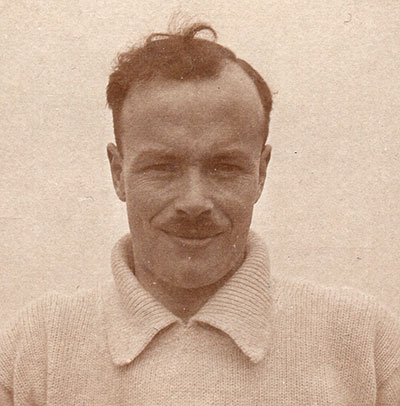 Biography
Crich-born Arthur was a grocer. He enlisted at Buxton in March 1916 and was posted to France in March 1917. In April 1918 he was wounded in a mustard gas attack. He was discharged in July 1918 with burn marks on his legs, but received no compensation. He married Bessie Harrop in 1920 and had a daughter and two sons. The family settled at Torkington, near Stockport and Arthur worked as a commercial traveller, with several business interests. 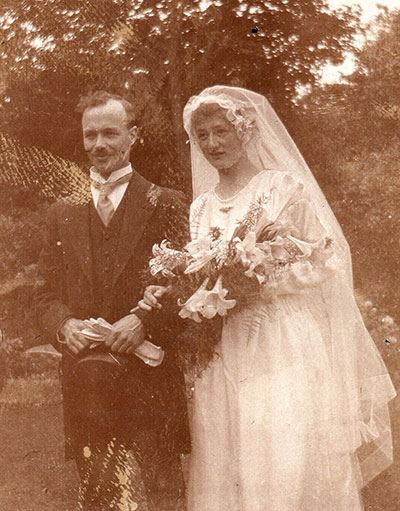 Army Record
Arthur Bowmer attested on 3 March 1916 at Buxton giving his address as the Cross, Crich. He was aged 28 years 2 months, single and a grocery manager with a height of 5ft 8in and weighing 160lb. His next-of-kin was his father John Bowmer. He had a second class Certificate of Education and was appointed acting unpaid corporal 2 January 1918 although he relinquished this rank on 19 April 1918 on his transfer to the 5th Reserve Batallion. He transferred to Class "Z" Army Reserve on his demob on 7 February 1919. On the 19 April 1918 he was hospitalised in the 3rd Western General Hospita after a mustard gas attack and was discharged 6 July 1918 with burn marks on his leg. He achieved a qualification in signalling.
His record shows the following dates –
27 Feb 1917 Passed 1st Class in signalling
01 Mar 1917 Transferred to 1st Btn
17 Mar 1917 Embarked Southampton
02 Apr 1917 Joined Btn at Front
02 Feb 1918 A/Cprl without pay
18 Feb 1918 to 04 Mar 1918 Leave
12 Apr 1918 Gassed
14 Apr 1918 W. Gassed shell
17 Apr 1918 To England
18 Apr 1918 Transfered to 5th Bn Gren Guards
07 Jan 1919 Transferred to (Res) Unit from London Command Depot, Shoreham-by-Sea
08 Jan 1919 Claimed not to be suffering from disabilty
Served 4 years 25 days and was awarded the British War and Victory Medals.

Derbyshire Courier 23 February 1918
CRICH, LEA & HOLLOWAY
Soldiers over on leave during the week include Dispatch Rider Herbert Mercer (R.E.), who came on Sunday. He has been in France since September, nineteen fifteen, and was last on leave about ten months ago. Lance-Corporal John Curzon, of the Tors, has been over, having recently recovered from shrapnel wounds in his shoulder. Cpl Herbert Cooper, of Fritchley, another wounded soldier, came over last Friday, after spending three weeks in Southampton Hospital, suffering with trench foot. He came from the Arras front. Driver Samuel Lynam, son of Mr F.J. Lynam is another Fritchley soldier over from France. Signaller Arthur Bowmer, one of the four soldier sons of Mr and Mrs John Bowmer, of the Cross, came from France on Tuesday. Signaller Arthur Perry, Machine Gunner, Maurice Perry, and Private Charles Perry, the three fighting sons of Mr and Mrs C. Perry of the Market Place, have also been over together. The two former have been in France for about three years, never met each other. Maurice has been wounded and gassed four times.

Arthur's brothers Alfred Bowmer, Ernest Bowmer and Vernon Bowmer are also on the Roll of Honour.