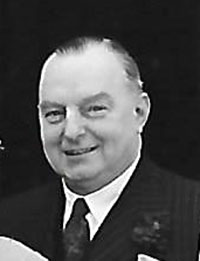 Biography
Clarence was born in 1894 at Toadmoor, Ambergate. He married at St Marys, Crich on 8 November 1917. The marriage record shows that he was aged 23, an accounts clerk now serving with HM Forces (Cookham Hants), son of William Blackham (retired) to Alethea Judith Slack of Fritchley, 24, daughter of Samuel Slack, chemist deceased. They had two sons and a daughter. During the war years his address was at Bullbridge. In Oct 1917 he received a commission to 2nd lieutenant in the Leics Regiment. After the war he became a hosiery manager at Belper, later with his own hosiery business at Derby. The family relocated to Alvaston, Derby, during the 1930s. 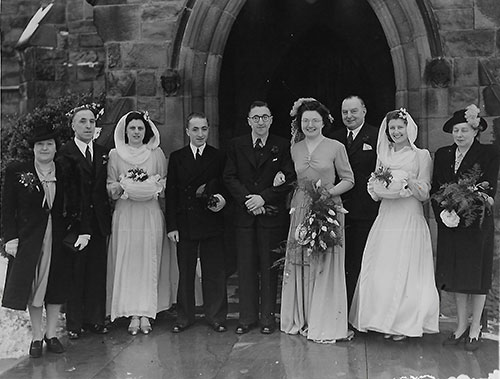 Wedding of Clarence's daughter, Kathleen Dorothy at Alvaston in 1947
Clarence is pictured to the bride's left
His wife, Alethea Judith (née Slack), is pictured on the far right

In 1914 his brother Frederick Blackham (not on this Roll) married Annie Harrison whose brother Arthur Harrison is also on the Roll of Honour as were his other brothers.