Photos courtesy Stella Allen (with thanks to Tracey Allen) 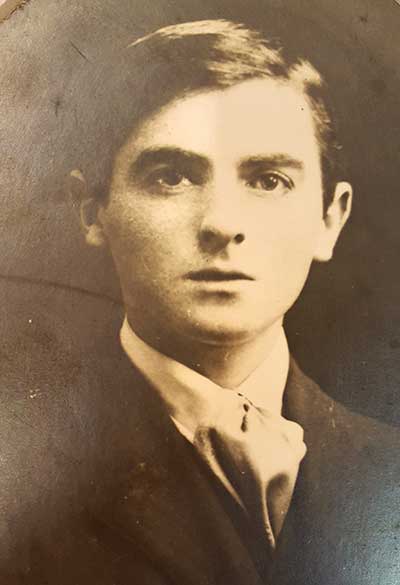 Biography
Born and raised at Fritchley in November 1896, known as Jack, his parents were John Fidler Barratt and Mahala (née Wragg). Before the war he worked as a wood-turner before becoming a gardener. He married Millicent Wright in December qtr 1918 (Belper reg district). He served in France, though, in Nov 1917, he was discharged through sickness, suffering with the post-combat disorder known as ‘disordered action of the heart’. He married in 1918 and had two daughters. The family lived at Fritchley and later moved to Dimple Lane, Crich.

Medal Index Card
He was awarded the Victory and British War medals. 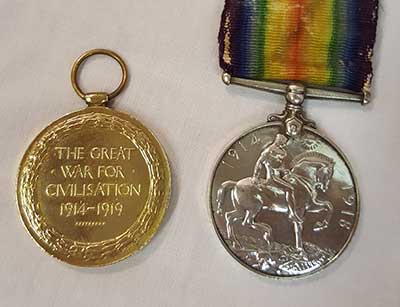 There was a note on his record: Not to be compulsory posted for service under the Military Service (Review of Exceptions ) Act of 1917. The discharge of the above named man is hereby approved, Hounslow 29/10/17.
His disability was recorded as D.A.H. which was was a post-combat disorder called Disordered Action of the Heart.