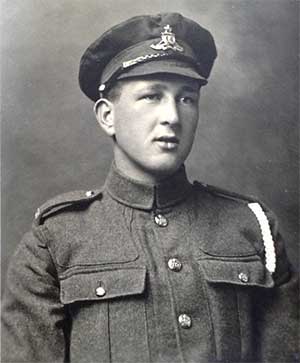 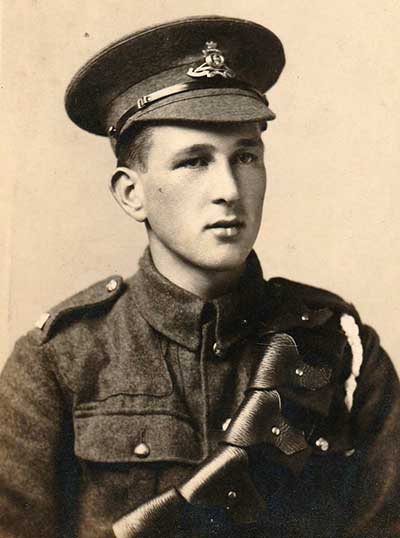 Biography
Albert was born 18 April 1897. Before the war he worked in the warehouse at Lea Mills as a packer. He joined the forces on 12th May 1916, serving in France during 1916 and 1917 but was woundedin the right cheek, hospitalized at Rouen and returned to England where he was in hospital. Records at the mill show he received food and hosiery parcels on four occasions. Addresses included Trafalgar Hospital, in Greenwich and Battery Band Room, Charlton Park, London. The reference to the band room at Charlton Park, suggests that he was a bandsman at some time. He acknowledged receipt of all the parcels he received, some letters included descriptions of what life was like. He was back at work in Lea Mills by 28th August 1919. He married Phoebe Piggin in the June qtr of 1922 (Belper registration district). They had a son Jack. 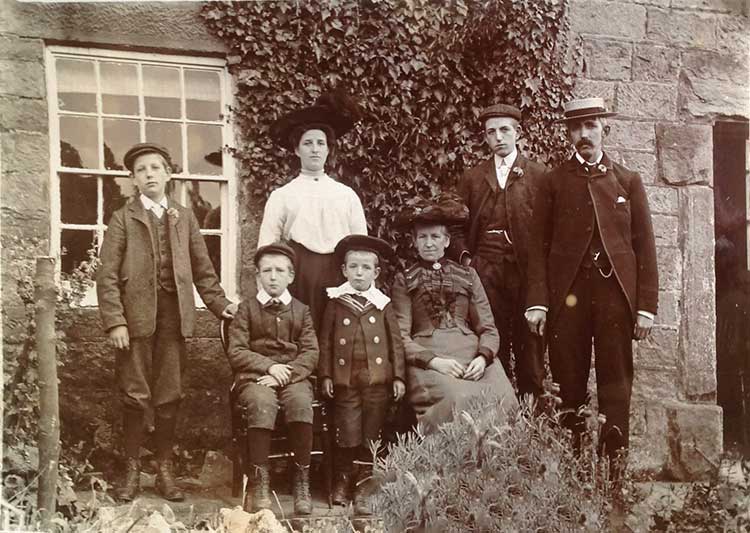 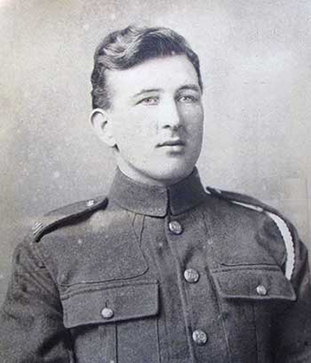 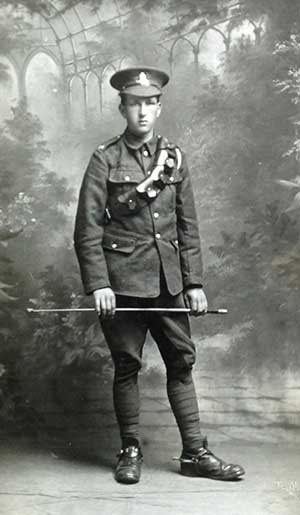 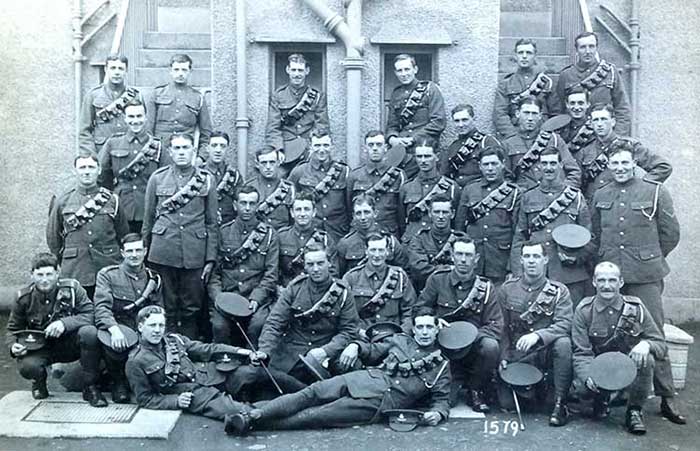 Albert, like many of the soldiers, sent and received sentimental embroidered cards. 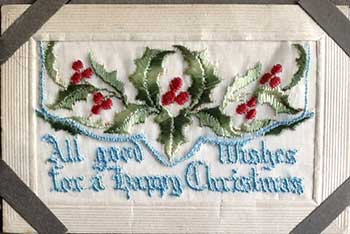 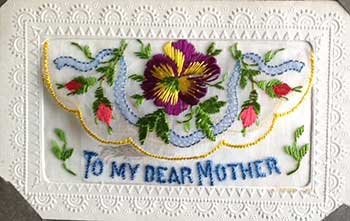 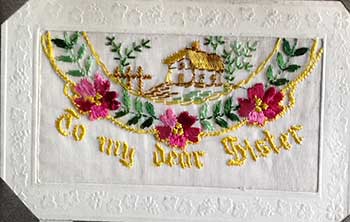 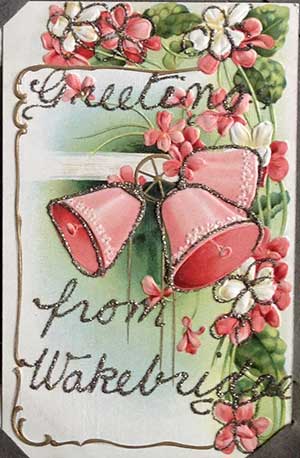 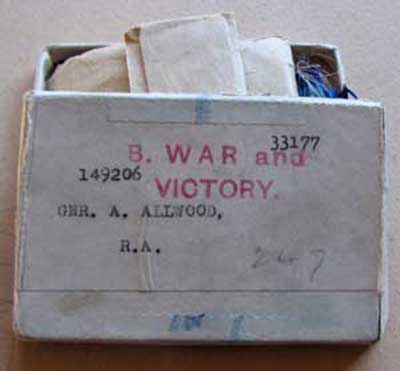 In response to the parcels Albert received from Lea Mills he wrote to Mr J. B. Marsden-Smedley expressing his gratitude.

Messrs J B and A S Marsden Smedley Wednesday 25/9/18
Dear Sirs
I received the parcel you kindly sent me and words can hardly describe my thanks in the way you have remembered me, by sending the gift.
Thanking you again for same.
I remain,
Yours truly
149206 Gnr. A. Allwood


Messrs J B and A S Marsden-Smedley
27/1/18 – Charlton Park
Dear Sirs,
I received the parcel you kindly sent me, and words can hardly describe my thanks in the way you have kindly remembered me, by sending the gift.
Thanking you again for same,
I remain,
Yours sincerely
149206 Gnr. A. Allwood


Dear Sirs,
Your Xmas gift, has been given to me by Mr H Price while on leave. Thanking you kindly for the same.
Yours respectfully,
Gnr A Allwood

Wednesday
27/12/16
Dear Sirs,
Just a few lines in acknowledgement of parcels, which I received on the 25th and 26th. The one with eatables in had been broken, but I don’t think anything was missing. We have had a very decent Xmas here, we had salmon, sweets, and plum pudding on Xmas day, and I passed away the night in one of the dug-outs with a gramaphone. The weather I think is more like spring, than winter, we have had a little snow, but it soon melted away with the rain, which we have had pretty well of lately. I have not got much news, one day is same as another, only you work Sundays. I am very pleased to say I am in the best of health and hope to keep so. I must now conclude, thanking you for your kindness, which I am sure all out here will appreciate.
Yours truly,
A. Allwood

Thursday
16/11/16
Dear Sir,
I received your parcel safely that you sent through Austins on 26th Oct, and your letter on Nov. 6th for which I thank you the contents were very good, and was gladly welcomed, for we were in action at a place were it was not possible to buy anything. I hope you will excuse me not writing sooner, but we have been on the move from 31st Oct. until 12th Nov, and during that time no letters could be sent. The place were in action now is not so hot fighting as the last, and we have also got good dug-outs, and a bed each. I thank you very much for the offer of under clothing we have had new underclothing issued this morning. There is better conditions here for keeping yourself clean, and can wash your clothes there was no chance of washing clothes before you had to ware them as long as possible and then throw them away. I am thankful to say I am in good health although we have had some very wet weather. Shall now have to close, thanking you once more for your parcel.
Yours truly
A. Allwood

Derbyshire Courier
14 August 1917
CRICH CASUALTIES
Gunner Albert Allwood, third son of Mr and MrsWilliam Allwood, of Wakebridge, writing home from a hospital at Rouen, informs his parents that he has been wounded. He makes the casualty a light matter, for he says, "I had a slight tap on the right cheek". All I remember writing from the same place, he says "I is starting on the line on the 23rd, then coming here in the train." Later, writing from the same place, he says, "I am marked for 'Blighty'" He has now arrived at Yeatman Hospital, Sherborne and reparts that he making satisfactory progress.